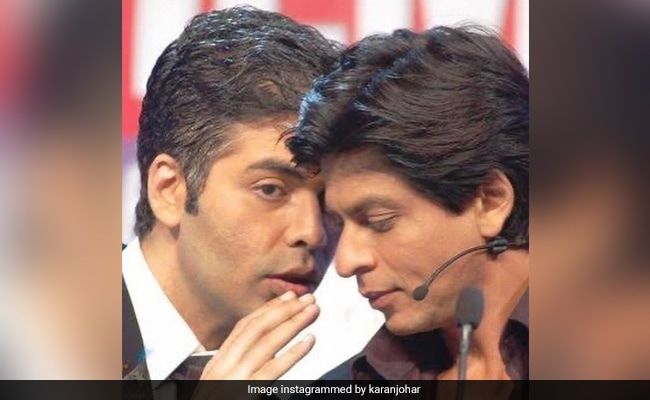 There’s now way Shah Rukh Khan’s best friend Karan Johar would have missed wishing the actor on his 56th birthday and so he did with a bunch of memories and an extensive note to go with it. KJo, in his post, recalled that he first met SRK on the sets of the film Karan Arjun. In his note, the filmmaker talked about how meeting Shah Rukh Khan “shaped” his life. “I met him on the sets of Karan Arjun for the first time…. I tagged along with my father to hang out with Kajol, not realising I was going to meet a man who would go on to shape my life, my career and my very being. His charisma and intelligence is a globally known fact but I have the privilege of witnessing his humanity and heart… An unmatchable father, a rock solid husband, a loving brother and an indispensable friend. He is all that and so much more. Love you so much Bhai.”

Karan Johar signed off his note with these words: “May every Mannat of yours get answered and the abundant love you rightfully deserve keep coming your way… Happy birthday.”

Shah Rukh Khan has been synonymous with Karan Johar films ever since he made his debut as a director with Kuch Kuch Hota Hai in 1998. KJo has directed Shah Rukh in films such as Kabhi Khushi Kabhie Gham, Kabhi Alvida Naa Kehna and My Name Is Khan. Karan Johar was Shah Rukh’s co-star in Dilwale Dulhania Le Jayenge.

The dynamics of Karan Johar and Shah Rukh Khan’s relationship changed after the filmmaker did not work with him in 2012. In his autobiography An Unsuitable Boy, KJo revealed, “Yes, there was definitely a distance between us in recent year but that was because we were not working with each other. There’s no other reason.” He added, “He was hurt that I didn’t work with him. I was hurt that with Student of the Year, there was no acknowledgement from him, there was no love or support given to me. Then it just grew. It was like he thought ‘after everything I’ve done for Karan’ and I thought ‘after everything I’ve done for him’. We both felt like we had contributed to each other’s lives so tremendously. It was just two people sulking.”