An entirely unnecessary controversy seems to have arisen in India regarding the Bangladesh war of 1971. The Prime Minister did not even mention Indira Gandhi while congratulating the people of India and Bangladesh on their victory over Pakistan in 1971. The BJP is giving the entire credit to the Indian armed forces for this victory and the creation of the new nation of Bangladesh; the Congress party is miffed at the omission of the name of Indira Gandhi; and a war of words between the two parties is on. This controversy is entirely unnecessary, and the politicisation of a national achievement of such gigantic proportions is even worse. Most of the controversy is the product of the new trend in our polity to look at everything through the prism of party politics and the complete erosion of goodwill amongst the political class. Another reason for it is the lack of any knowledge of history, even recent history, among the ruling elite of today, or else the complete twisting of facts. How far have we travelled from the days of Atal Bihari Vajpayee not so long ago?

I was a civil servant in 1971 and posted as First Secretary (Commercial) in Bonn, the capital of West Germany in those days. I remember vividly what transpired in 1971: the popular uprising in what was then East Pakistan; the brutal suppression of it by the Pakistani armed forces; the influx of refugees from there into India; the resistance by the Mukti Bahini and the global attention it focused on the goings-on in the Indian subcontinent. We had to keep ourselves fully informed of the developments so that we could brief our counterparts, and the media in Germany, on how India viewed these developments. But the general response was that what was happening was certainly bad, that they recognised the burden of the refugees on India, but it was strictly the internal affair of Pakistan and did not warrant any interference, certainly not a military one. 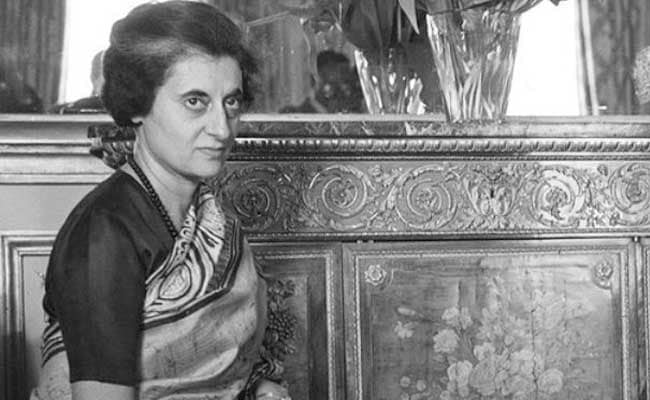 The Prime Minister did not mention Indira Gandhi while congratulating people on victory over Pakistan in 1971.

Indira Gandhi did not send the Indian troops into then East Pakistan suddenly and without preparation. Much has been said already about how she gave enough time to the generals to prepare for action. But equally importantly, she prepared diplomatically for it, being acutely aware that the world would oppose any military action by India. So not only were the diplomatic missions abroad  called upon to keep  governments  fully informed of the developments, but also special envoys were deputed to apprise foreign governments of what was happening in East Pakistan. The fact that Prime Minister Narasimha Rao deputed an Opposition leader like Vajpayee to head the Indian delegation to the meeting of the Human Rights Commission in Geneva to represent India is often quoted as a shining example of bi-partisan cooperation in India.

It is worthwhile recalling that Indira Gandhi enlisted the services of Jai Prakash Narain to visit world capitals and put forth India’s case. JP was a venerable socialist leader known globally and had personal relations with many socialist leaders who were heads of governments, including Willy Brandt who was the Chancellor of West Germany. It was thus that JP, accompanied by his wife Prabhavati, visited Bonn for a couple of days in the summer of 1971. The embassy arranged his meetings with top German officials where JP was able to explain the situation in the subcontinent and how it was becoming difficult for India to let the situation drift. Since I belonged to the same state as JP, namely Bihar, the ambassador, Kewal Singh, thought it fit to give my wife and me the responsibility of looking after his wife and him during his visit to Bonn. It gave both of us the opportunity to renew our contact with them and to serve that great man and his equally great wife during their stay in Bonn.

I have already mentioned that while there was a great deal of sympathy in the world capitals for the people of East Pakistan, and for India which was willy nilly drawn into this conflict, there was absolutely no question of giving India a carte blanche to deal with the situation as it wished. The USA and China were being specially difficult, if not openly hostile.

Full credit must be given to Indira Gandhi for not only the diplomatic offensive she mounted against Pakistan, for giving the armed forces enough time to prepare for a swift and effective campaign, and for carrying the whole nation and most of the world with her in this enterprise. Bangladesh was thus not merely a military operation, which of course it was with astounding success; it was also a great diplomatic victory for India which remains almost unparalleled to this day. Perhaps the thing which comes closest to it is the successful diplomatic offensive mounted by the Vajpayee Government after the nuclear tests of 1998. So, all this talk about who deserves the credit for 1971 and ignoring Indira Gandhi’s is nothing but petty politics. I abhorred Indira Gandhi when she imprisoned JP and other leaders and imposed Emergency in the country in 1975. But at least she had the courage to do it openly, unlike today, where we have a worse kind of Emergency, except that it remains undeclared.

All in all, 1971 was India’s finest moment. It was a national achievement involving the effort and the participation of the whole country, including of course that of the present Prime Minister who claims to have participated in a demonstration in Delhi against Pakistan. This is a time to celebrate that great national achievement, not to indulge in politics and a petty one at that. As an old-timer, it pains me to see even achievements of such great national importance being reduced to this level. When shall we grow up, if ever?

(Yashwant Sinha, former BJP leader, was Minister of Finance (1998-2002) and Minister of External Affairs (2002-2004). He is currently vice-president, Trinamool Congress.)