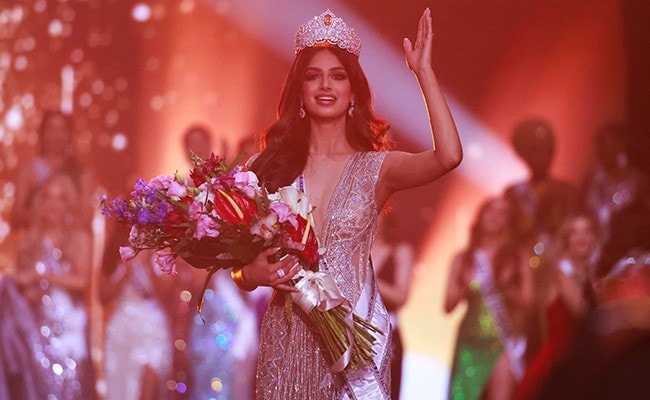 Before Harnaaz Sandhu, only two other Indians have been crowned Miss Universe.

Prime Minister Narendra Modi on Monday congratulated Harnaaz Sandhu on being crowned Miss Universe and extended best wishes to her for her future endeavours.

Punjab’s Ms Sandhu on Monday won the Miss Universe 2021 pageant, beating contestants from 79 countries to bring the title back to India after 21 years.

“Congratulations to Harnaaz Sandhu on being crowned Miss Universe. Best wishes to her for her future endeavours,” PM Modi tweeted.

Only two Indians before Ms Sandhu, just 21 and an actor as well as a model, have been crowned Miss Universe earlier — actors Sushmita Sen in 1994 and Lara Dutta in 2000.

The win, being seen as a fillip for the beauty pageant industry, led to celebrations at her home and congratulatory messages from all quarters, including from politicians, showbiz celebs and the two former title holders.