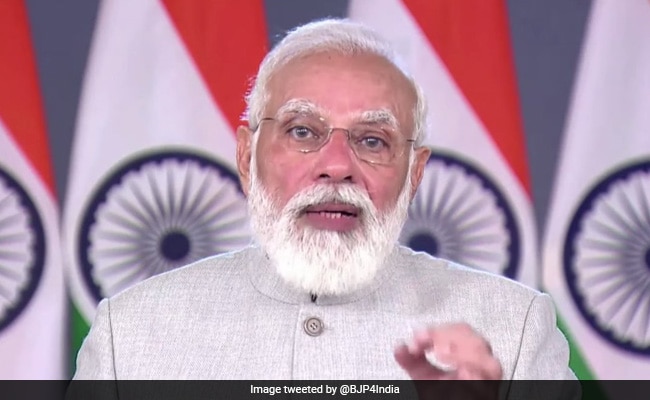 Noting that India’s digital revolution is rooted in its democracy, Prime Minister Narendra Modi on Thursday listed out “Digital transitions shaping” the country, at the inaugural edition of The Sydney Dialogue.

“As a democracy and digital leader, India is ready to work with partners for our shared prosperity and security. India’s digital revolution is rooted in our democracy, our demography and the scale of our economy. It’s powered by enterprise and innovation of our youth,” said PM Modi during his keynote address.

Prime Minister said that India is “turning the challenges of the past into an opportunity to take a leap into the future. While speaking on the theme of “India’s technology evolution and revolution”, PM Modi noted that there are five important transitions taking place in India.

On the second transition, PM Modi said India is “transforming people’s lives by using digital technology for governance including empowerment, connectivity, delivery of benefits and welfare.”

“Three, India has the world’s third-largest and fastest-growing ecosystem. New unicorns are coming up every few weeks to provide solutions to everything from health to national security,” said PM Modi.

The fourth transition is India’s industry and services sectors are undergoing massive digital transformation using technology for conversion of resources and protection of biodiversity, he added.

On the fifth transition, Prime Minister said that there is a large effort to prepare India for the future. “We are investing in developing indigenous capability in telecom technology such as 5G and 6G; India is one of the leading nations in artificial intelligence,” he said.

The Sydney Dialogue is being held between November 17-19. It is an initiative of the Australian Strategic Policy Institute.