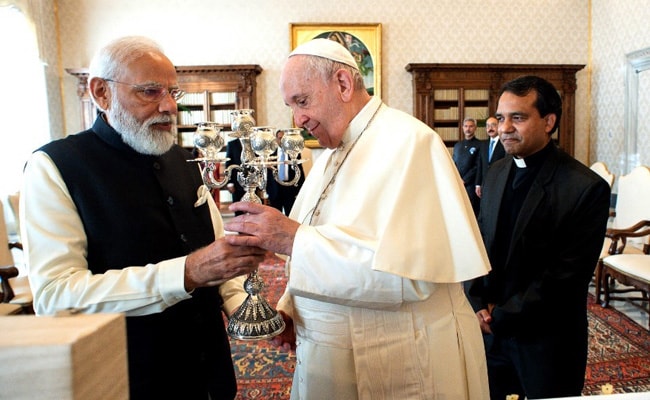 “What is wrong if the head of the government meets anyone in the existing civil system in the world? We welcome it because we believe in “Vasudhaiva Kutumbakam” (the world is one family). We respect all religions,” the RSS general secretary Dattatreya Hosabale told reporters.

He was talking to reporters on the last day of the three-day Akhil Bharatiya Karyakari Mandal (ABKM) meeting.

“It is a matter of pleasure that the Prime Minister is meeting the heads of other nations and is increasing the prestige of our nation,” Mr Hosabale said.