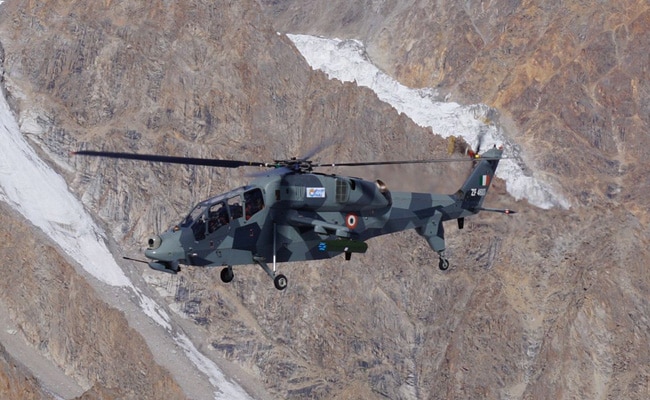 The three-day Rashtra Raksha Samarpan Parv, which started today, is part of the centre’s ‘Azadi Ka Amrit Mahotsav’ celebrations to mark the 75th year of Independence.

According to a government statement, the Prime Minister will hand over Light Combat Helicopters designed and developed by Hindustan Aeronautics Limited to the Chief of Air Staff. He will hand over drones and Unmanned Aerial Vehicles (UAV) built by Indian start-ups to Chief of the Army Staff and Advanced Electronic Warfare suite, manufactured by Defence Research and Development Organisation for ships, to the Chief of Navy Staff. The government release said the Prime Minister handing over the made-in-India equipment to armed services chiefs is aimed at giving a thrust to its Atmanirbhar Bharat push in the defence sector.

Besides handing over the equipment to chiefs of services, the Prime Minister will lay the foundation stone for a Rs 400 crore project at Jhansi node of UP Defence Industrial Corridor to make propulsion systems for Anti-Tank Guided Missiles.

PM Modi will also launch the Alumni Association of National Cadet Corps and as a former cadet, he will be enrolled as the first member of the association. The Prime Minister will also launch the national programme of Simulation Training for NCC cadets to scale up training facilities for the three wings of NCC.

He will also dedicate to the nation electronic kiosks for the National War Memorial that are powered by augmented reality. This will enable visitors to pay floral homage to soldiers killed in action through the click of the button.