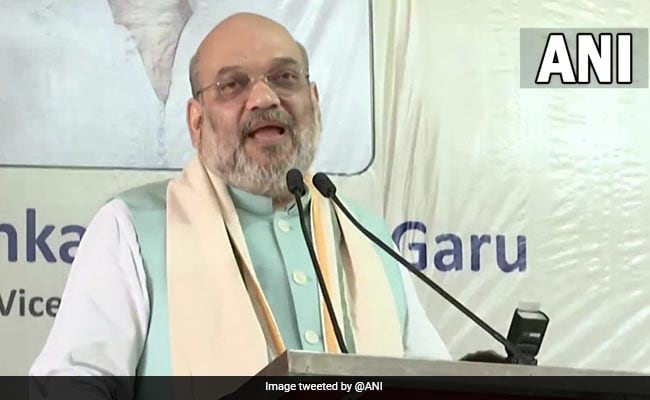 Amit Shah ruled out any truck with the ruling YSR Congress in the state.

Observing there was a “political vacuum” in Andhra Pradesh now, Union Home Minister Amit Shah on Monday exhorted the state Bharatiya Janata Party leaders to effectively try to fill the void by taking up people’s causes.

Interacting with senior party leaders before winding up his three-day visit to the temple-town, Mr Shah reiterated that there was no question of aligning with the Telugu Desam Party (TDP) again.

At the same time, he also ruled out any truck with the ruling YSR Congress in the state.

“TDP is a gone case. It is facing a leadership crisis. That has caused a political vacuum and we have to capture that space,” the top BJP leader told his state unit leaders at a closed-door meeting.

A senior state leader, who attended the meeting, told PTI that Mr Shah stressed on the need for taking up people’s issues and fighting for them.

“Basically he guided us on the course of action to be adopted in the prevailing political scenario in AP. He wanted us to make good use of the opportunity and emerge as a potent force,” the leader added.

Mr Shah emphatically told the state leaders that the BJP would maintain equal distance with both the TDP and the YSRC.

The BJP is currently in alliance with Jana Sena of Telugu actor, ”Power Star” Pawan Kalyan.

The Home Minister later had a separate meeting with Rajya Sabha members YS Chowdary and CM Ramesh, who defected to the BJP from the TDP.