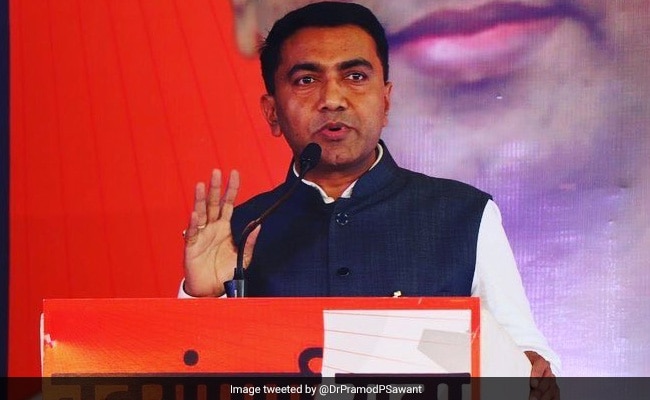 Pramod Sawant addressing a gathering of youngsters in Ponda taluka.

Goa Chief Minister Pramod Sawant on Saturday recalled how he decided to let go of the opportunity to become a class I officer so that he can join politics and said he had once dreamt of becoming a Chief Minister of the state.

Mr Sawant took charge of the office on March 19, 2019, after the demise of BJP stalwart Manohar Parrikar who was heading the government at that time.

“I passed my 12th science from GVM higher secondary. I let go class 1 gazetted officer’s post so that I can enter politics,” Mr Sawant said while addressing a gathering of youngsters in Ponda taluka.

Mr Sawant said he didn’t let go of that opportunity just because it occurred to him in his dreams that he will become an MLA or a CM one day.

“But I sure had a dream to become an MLA and a chief minister of Goa,” he said.

Referring to criticism of the Goa government, Mr Sawant said, “You often criticise the government of Goa. Then you give a thumbs up and do a lot of other things (online in support of this criticism).”

“There is nothing wrong in that. I am not worried about that. But I am worried that you don’t know on which website can you find information about various schemes of the government,” he said.

The CM appealed to young people to go through the ‘Know Your Scheme’ section in the Goa online portal.

A remark of an Aam Aadmi Party (AAP) leader in Delhi that BJP was planning to replace the Goa CM had triggered various speculations. The Goa BJP unit had denied any such move.