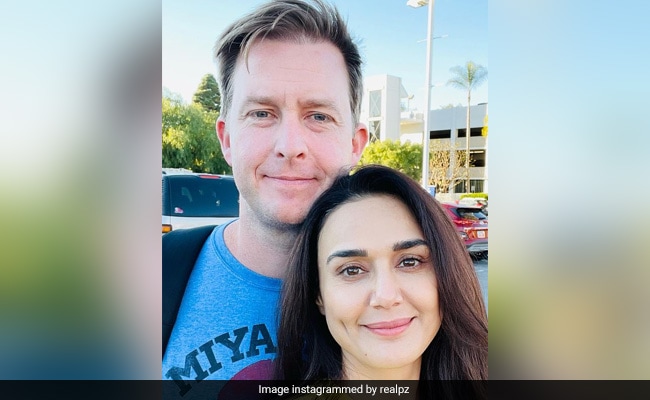 Congratulations, Preity Zinta and Gene Goodenough. The couple surprised their fans on Thursday by announcing the birth of their twins – Jai and Gia – via surrogacy in an Instagram post. Sharing a photo of herself and her husband, the 46-year-old actress wrote: “Hi everyone, I wanted to share our amazing news with all of you today. Gene and I are overjoyed and our hearts are filled with so much gratitude and with so much love as we welcome our twins Jai Zinta Goodenough and Gia Zinta Goodenough into our family. We are very excited about this new phase in our lives.” The actress went on to thank the doctors and their surrogate “for being part of this incredible journey”: “A heartfelt thank you to the doctors, nurses and to our surrogate for being part of this incredible journey. Loads of love and light – Gene, Preity, Jai and Gia. #gratitude#family #twins.”

Preity Zinta married Gene Goodenough on February 29, 2016 and then moved to Los Angeles. The couple’s announcement about their twins Jai and Gia has left their fans surprised, as well as overwhelmed.

The actress often shares loved-up pictures of herself and Gene Goodenough on her Instagram profile. We have selected a few for you, take a look:

Preity Zinta made her debut in Bollywood with Mani Ratnam’s 1998 film Dil Se, which is set against the backdrop of insurgency in Assam. The film emerged as a hit at the box office and also received several accolades including two National Awards, seven Filmfare Awards and a Special Mention Award at the Berlin International Film Festival.