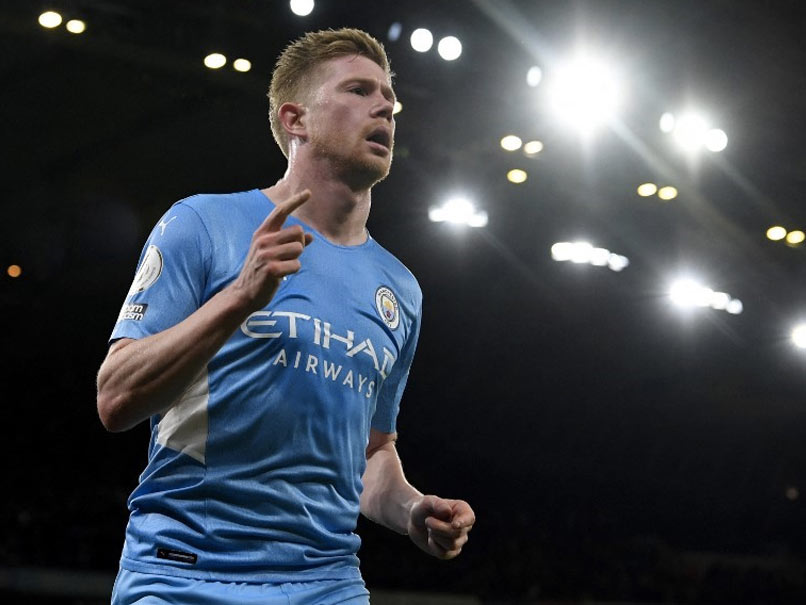 Manchester City star Kevin De Bruyne proved yet again why he is considered a force to reckon with when it comes to scoring goals from outside the box. Although it was a fixture Manchester City would not have fretted much about, the home team stepped on to the field with all guns blazing. City scored a splendid seven as Leeds United were thrashed in a one-sided Premier League clash at the Etihad Stadium. The win saw City retain their spot at the top of the points table, four points ahead of second-placed Liverpool for the time being.

It was in the 62nd minute that the Belgian midfielder received a pass on the edge of the penalty box from the left-wing from Ilkay Gundogan. De Bruyne took a couple of soft touches, looked towards the net once and then powered home the fifth goal of the match with a stupendous screamer as Leeds keeper Illan Meslier could only watch.

De Bruyne ended the game with two goals in his kitty. The others to get into the scoresheet, with one goal each, were Phil Foden, Jack Grealish, Riyad Mahrez, John Stones, and Nathan Ake.

The Leeds forwards were left helpless by a strict and disciplined Manchester City defence that held on to the ball with authority and executed interceptions to perfection.

Next up for Man City is an away fixture against Newcastle United on December 19 at St. James’ Park.