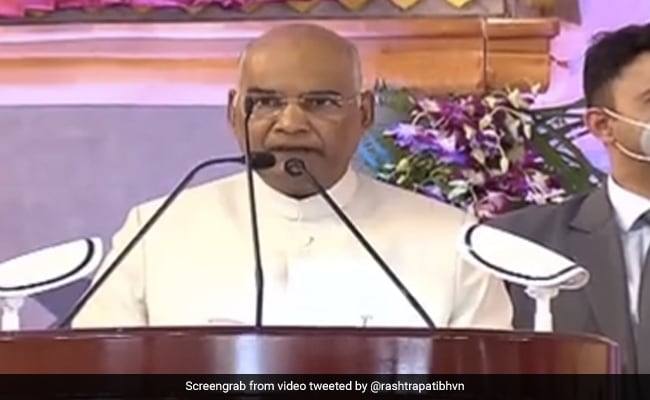 A press release issued by the President’s secretariat on Wednesday said, “The President of India, Shri Ram Nath Kovind will visit Gujarat from October 28 to 30, 2021. On October 29, 2021, the President will inaugurate a Housing Scheme Project for the Economically Weaker Section at Bhavnagar. He will also visit Shree Chitrakutdham, Ashram of Morari Babu at Talgajarda in Bhavnagar district.”

Gujarat assembly elections are expected to be held in 2022. In the 2017 state election, the BJP won 99 of the state’s 182 Assembly seats, Congress got 77 seats.