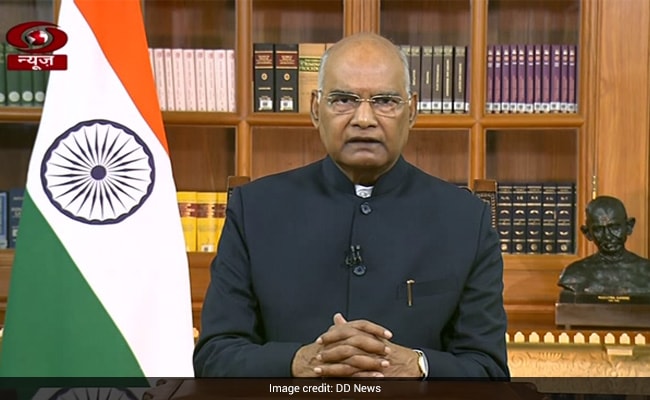 Ram Nath Kovind will be the chief guest at the 5th Convocation of the Central University of Kerala.

President Ram Nath Kovind will arrive here on Tuesday on a three-day visit to Kerala.

During his visit to the southern state, the president will attend various events in Kasaragod, Kochi and Thiruvananthapuram, an official release said here.

It said the President will be the chief guest at the 5th Convocation of the Central University of Kerala to be held at Kasaragod Periya Campus tomorrow.

The event will be held from 3.30 pm at a specially prepared venue.

The Convocation ceremony of the 2018-2020 batch is being conducted this year and 742 students are graduating.

The President will then proceed to Kochi and attend various functions at the Naval Base on December 22.

He will witness Operational Demonstration by the Southern Naval Command and visit Vikrant Cell.

The President, who will arrive in Thiruvananthapuram from Kochi on the morning of December 23, will attend an event organised by the PN Panicker Foundation there, the release said.