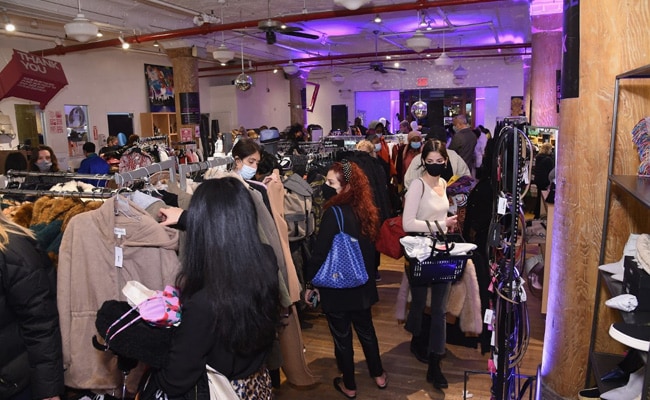 Sales remained brisk at American businesses last month, despite shortages of some goods and a wave of inflation that has pushed prices higher, government data released Tuesday showed.

Retail sales rose 1.7 percent in October, the Commerce Department reported, the biggest month-on-month jump since March and above expectations.

A range of businesses propelled the indicator measuring the shopping habits of consumers in the world’s largest economy, and likely reflected at least in part a rush to buy ahead of the holidays, according to analysts.

The report indicates the resilience of American consumers as they head into the holiday shopping season with inflation rising at its fastest rate in more than three decades, and supply chain snarls making some popular items potentially difficult to obtain.

However, business at the bars and restaurants that were hardest hit by last year’s pandemic restrictions was flat last month. Sales at health and personal care stores and clothing retailers declined by less than one percent.

While the University of Michigan last week reported that its consumer sentiment index had dropped to a 10-year low, Ian Shepherdson of Pantheon Macroeconomics said the retail sales data show “what people do is much more important than what they say.”

“We expect a blockbuster holiday season as people make up for lost time and begin to run down some of the $2.5 trillion in accumulated excess savings since the pandemic began,” he predicted.