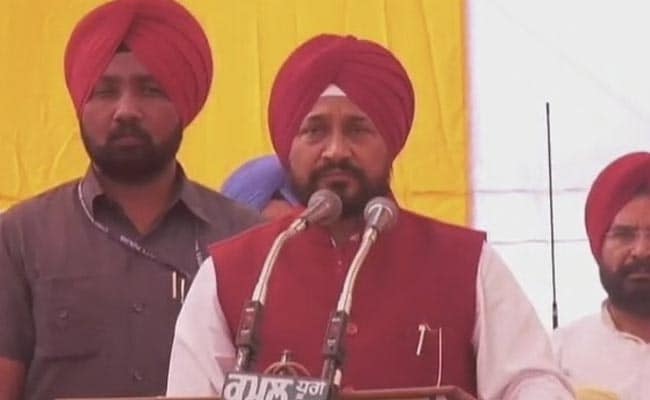 Punjab Chief Minister Charanjit Singh Channi on Monday assured auto-rickshaw drivers that their pending challans will be waived as he heard their grievances in Ludhiana.

Mr Channi met a group of auto-rickshaw drivers at the Gill chowk area.

Mr Kejriwal in Moga had even taken a dig at Channi for meeting auto-rickshaw drivers before his proposed interaction with them.

Mr Channi halted on his way to the grain market to listen to problems of the auto-rickshaw drivers, according to an official release.

Mr Channi accompanied by Punjab Congress chief Navjot Singh Sidhu took a wooden bench to sit amongst auto-rickshaw owners and interacted with them.

During his interaction, the Chief Minister assured them to consider their genuine demands sympathetically.

Mr Channi also addressed the gathering and told them that during his initial days, he himself had driven an auto-rickshaw.

He announced that the new registration certificates would be issued soon to prevent their harassment.

He also announced that their pending challans will be waived.

Mr Channi asked them to follow traffic rules and acceded to their demand of drawing a yellow line, exclusively for the plying of auto-rickshaws.