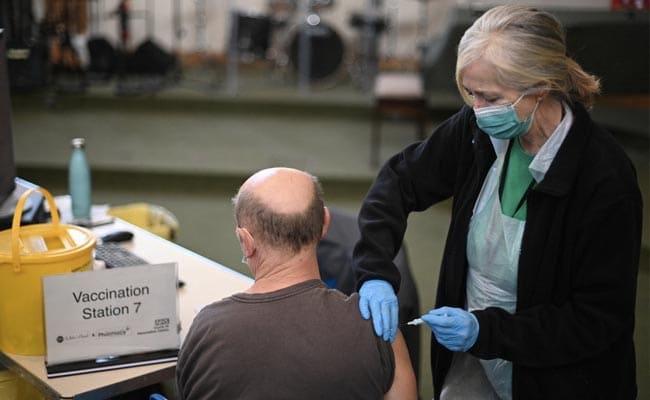 UK Health Secretary Sajid Javid said there’s no certainty the government will be able to keep schools in England open, as the government battles to contain the spread of the omicron Covid-19 variant.

“When it comes to our fight against the pandemic there are no guarantees,” Javid told LBC radio on Monday, as he detailed plans to offer all adults in England a booster vaccination by the end of December. “We are once again in a race between the vaccine and the virus.”

His comments point to the balancing act facing ministers as they try to respond to a surge in infections, even as a growing number of politicians in the ruling Conservative Party are threatening to rebel against new restrictions.

In a hastily arranged televised address late Sunday, Prime Minister Boris Johnson said the UK faces an emergency over omicron and announced an accelerated booster program to get the country through the crisis.

But the numbers involved demonstrate how quickly new curbs may become necessary. Johnson said the National Health Service will need to match its best vaccination day yet — 844,000 in March — and then must beat it “day after day” to achieve the target of offering all adults a booster by the New Year.

The UK is deploying military planning teams to help with the rollout, with new sites opening and vaccine centers open seven days a week. The government will “throw everything” at the program, Javid said.

The move comes after Johnson’s government ramped up some restrictions in recent days, including mandatory face coverings in indoor public spaces and bringing back guidance for people to work from home.

Yet scientific advisers including Susan Hopkins, chief medical adviser for the UK Health Security Agency, suggested Sunday that additional measures may soon be needed to prevent a surge in hospitalizations.

A further 48,854 confirmed cases were announced on Sunday, taking the seven-day average to 51,497 cases per day. Javid told Sky News on Monday that of about 3,000 omicron cases in England, about 10 people had been hospitalized and no deaths had been reported.

Tightening further would be risky for Johnson, who has staked considerable political capital on allowing gatherings and other festive activities to go ahead this Christmas and who faces an increasingly restless Tory party.

Johnson’s authority with his party and in public health messaging has been weakened in recent weeks after a steady drip of damaging allegations around Covid-19 rule-breaking Christmas parties last year.

That may come to a head in a series of votes on the new Covid rules in Parliament on Tuesday. Rebel Conservative MP Steve Baker estimates around 60 colleagues will vote against Johnson, further undermining his leadership.

Still, the measures are expected to pass, as the opposition Labour Party is expected to vote for them. The real risk for Johnson lies in what comes next, if the current rules and booster program prove insufficient against omicron.

“We need to get those third doses in to as many adults as we possibly can,” Robert Read, a member of the Joint Committee for Vaccines and Immunisation, told LBC radio on Monday. “Just in case this virus turns out to be a raging bull.”