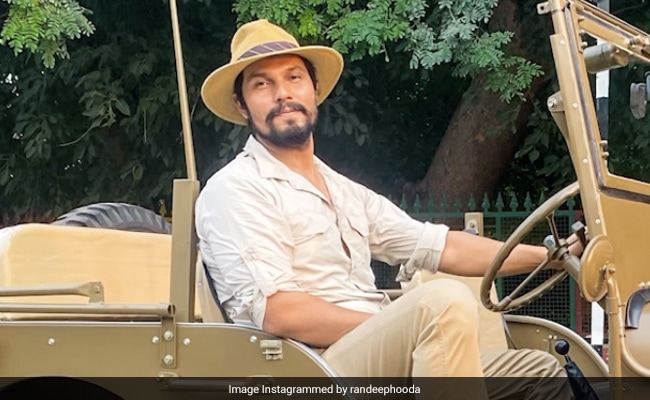 Randeep Hooda is one lucky man. The actor, who is known for his acting prowess, spent some time at the Satpura Tiger Reserve recently. And, not only did he spot a tiger, but he also saw the majestic beast hunt for its prey in the wild. The actor caught the moment on his camera and shared it for his fans to see on Instagram. In the clip shared by Randeep Hooda, the tiger is seen chasing a bison from one side of the forest to another. In the caption, Randeep Hooda wrote, “My first tiger hunt…” along with the hashtag “Satpura Tiger Reserve”.

The actor, recently, also shared another photo from his trip to the tiger reserve. This time, Randeep Hooda shared a photo of a tiger that he clicked. In the image, the beast is looking straight at the lens of the camera. Sharing the image, Randeep Hooda wrote, “Stepping outta the clutter!” in the caption, adding his watermark to the photo.

Before that, Randeep Hooda also shared another image of a tiger perched on a tree. This time, the photo was clicked at the Jhalana Reserve Forest. In the caption, Randeep Hooda added cheekily, “Mom said ‘only leftovers in the fridge (tree) for breakfast today.’”

On the occasion of World Rhino Day, Randeep Hooda shared a picture of the animal that he clicked on his phone. He wrote, “The Rhino horn does nothing for humans except put an end to humanity,” adding, “Dudhwa Rhino area.”

Randeep Hooda is an animal lover. Recently, the actor shared a video of his pet dog welcoming him home. The excited dog is seen frolicking around the actor, with its tail wagging excitedly. “And it’s a welcome back!” the actor said, sharing the post.

On the work front, Randeep Hooda was last seen in Radhe. Before that, he was also seen in the Hollywood film Extraction with Chris Hemsworth.