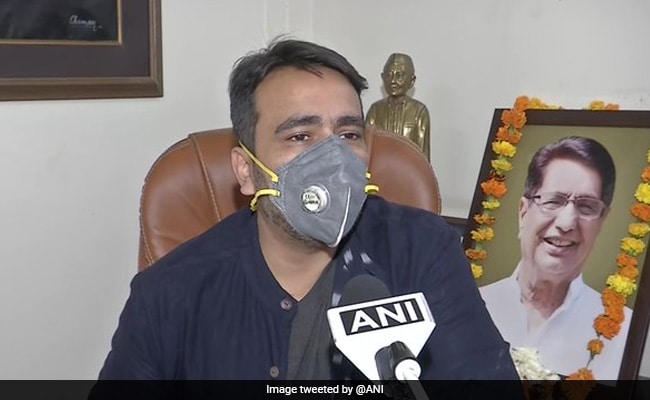 Ahead of Uttar Pradesh Assembly elections, Rashtriya Lok Dal (RLD) president Jayant Chaudhary on Friday hinted at forming an alliance with Samajwadi Party in the state.

“By this month-end, we (RLD and Samajwadi Party) will take the decision and will come together,” RLD chief said while speaking to ANI.

Uttar Pradesh is scheduled to go for Assembly polls in 2022.

Previously, in the 2017 Assembly elections in Uttar Pradesh, the Bharatiya Janata Party bagged 312 seats out of the 403-seat Uttar Pradesh Assembly while Samajwadi Party (SP) bagged 47 seats, Bahujan Samajwadi Party (BSP) won 19 and Congress could manage to win only seven seats. The rest of the seats were bagged by other candidates.

“I welcome the Centre’s decision. It is the victory of farmers. The farmers andolan had been going on for almost one year. They have faced a lot. I congratulate the farmers for this win,” he said.

In a major move, Prime Minister Narendra Modi on Friday announced the repealing of the three Central farm laws.

Farmers have been protesting against the government’s three farm laws since they were passed by the Centre in 2020.

The three farm laws are as follows: The Farmers’ Produce Trade and Commerce (Promotion and Facilitation) Act provides for setting up a mechanism allowing the farmers to sell their farm produces outside the Agriculture Produce Market Committees (APMCs). Any licence-holder trader can buy the produce from the farmers at mutually agreed prices. This trade of farm produces will be free of mandi tax imposed by the state governments.