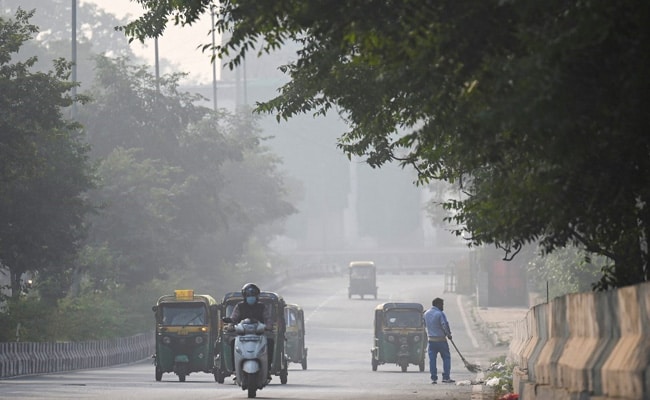 The Delhi government also recommended that construction and industrial activities be paused.

Work-from-home for a week and a weekend lockdown were among the steps suggested by the Delhi government today at an emergency meeting ordered by the Supreme Court to fight the capital’s toxic air crisis that has forced schools to shut down.

The Delhi government also recommended that construction and industrial activities be paused. The centre and the state met to discuss fighting Delhi pollution a day after the Supreme Court raised tough questions on the crisis.

Work-from-home was suggested by the Delhi government for government as well as private offices. “We have proposed a weekend lockdown, we are ready for it. It depends on the court’s directions now,” Delhi Minister Gopal Rai told NDTV.

The emergency meeting was held on the prodding of the Supreme Court, which yesterday asked for steps to tackle Delhi’s massive pollution problem and suggested work-from-home for employees in and around Delhi.

“We direct the Centre to hold an emergency meeting tomorrow and tell us what steps they can take,” the Supreme Court said.

“Central government, NCR (National Capital Region) areas to consider WFH for a week for its employees,” said the judges.

The court also said there was “no basis for a hue and cry about farm fires” after it was told by the Centre that stubble burning contributes to only 4 per cent of air pollution. Rebuking the Delhi government, which blames farm fires from neighbouring Haryana and Punjab, the court said: “Lame excuses will force us to hold a proper audit of the revenues you are earning and spending on popularity slogans.”

Delhi, which has been battling a toxic haze since early November, took emergency measures on Saturday, ordering schools to close and building work to stop for four days.

The Delhi Government had told the Supreme Court yesterday, in an affidavit filed before the hearing, that it was ready to take steps like a complete lockdown to fight air pollution though it would have a limited effect unless similar restrictions applied to the neighbouring areas.

Air quality in Delhi, often ranked the world’s most polluted capital, has plunged due to farm waste burning, emissions from transport, coal-fired plants outside the city and other industries, as well as open garbage burning and dust.

An index of air quality stood at 343 on a scale of 500 in Delhi on Monday, a sign of “very poor” conditions that can cause respiratory illness on prolonged exposure.