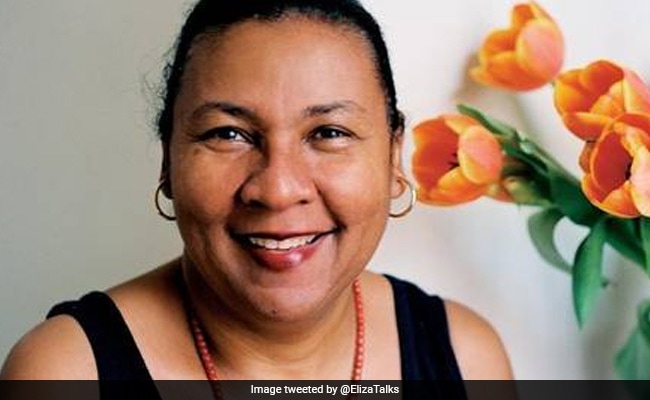 Born Gloria Jean Watkins in 1952, hooks passed away early Wednesday at her home in Kentucky, “surrounded by family and friends,” her niece, Ebony Motley, wrote on Twitter.

Her family is “deeply saddened at the passing of our beloved sister on December 15, 2021,” a statement posted by Motley read.

Using the lower-case pen name bell hooks, in honor of her great-grandmother, Bell Blair Hooks, she published her first book of poems “And There We Wept” in 1978.

She gained acclaim in 1981 for “Ain’t I a Woman? Black Women and Feminism,” in which she examined the impact of sexism and racism on Black women, as well as racism within feminism, arguing for a more inclusive movement.

She went on to publish some 40 works, including poetry, children’s fiction, memoir and literary criticism, delving into not only feminism, racism and other social justice issues, but love — romantic and beyond.

“I’m talking about a love that is transformative, that challenges us in both our private and our civic lives,” she told NPR in 2000.

“We can love in a deep and profound way that transforms the political world in which we live.”

Her words on love were the focus of the many tributes that poured in on social media after her passing.

Historian and best-selling author of “How to Be an Antiracist” Ibram X. Kendi tweeted hooks’ words on “the healing power of redemptive love” to his tens of thousands of followers and said her death “hurts, deeply.”

“‘ALL ABOUT LOVE’ changed me. Thank you, bell hooks. Rest in our love.”

“May she rest in power,” she tweeted.

hooks’ family did not give a cause of death, but Berea College in Kentucky, where she had taught since 2004, said in a statement she had died “after an extended illness.”

Awarded numerous accolades throughout her career, hooks earned a PhD from the University of California, Santa Cruz in 1983, after a BA from Stanford, and was inducted into the Kentucky Writers Hall of Fame in 2018.

A celebrated Black thinker, her works became required reading on many a university course, gaining new readership amid the Black Lives Matter movement for racial justice.

But for those only discovering her work after her death, “there’s no shame,” tweeted activist and writer Raquel Willis. “You can always read her words and meet her on the page.”