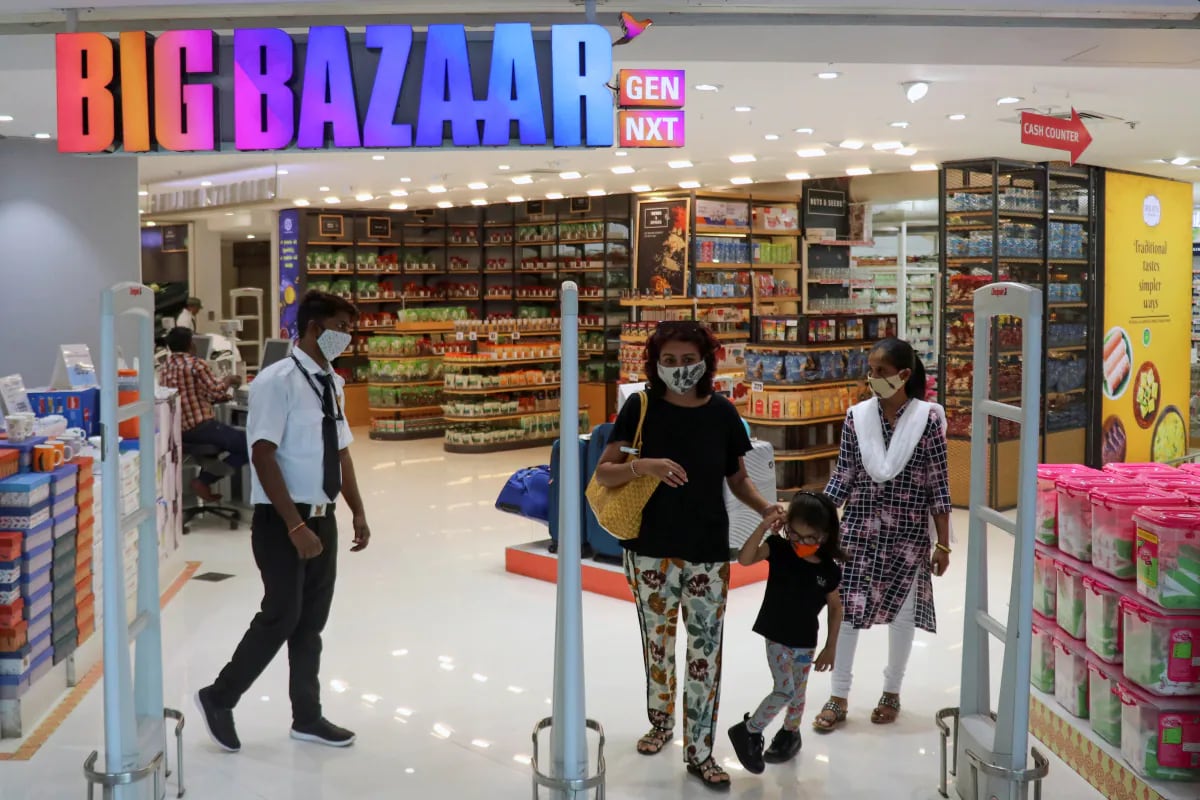 If 2019 deal is voided, it could make it easier for Reliance to close the Future deal

Amazon has warned the antitrust body that revoking its 2019 deal with Future Group would send a negative signal to foreign investors and allow local retail behemoth Reliance to “further restrict competition”, a legal document seen by Reuters showed.

The Competition Commission of India (CCI) in reviewing its prior approval of the $200 million investment the US company made in a Future unit in 2019, amid allegations that Amazon concealed facts when it sought approval for the transaction.

The CCI’s review was triggered after a complaint from Amazon’s now estranged partner Future. The two sides have been at loggerheads since last year with the U.S. company successfully using the terms of its toehold investment in 2019 to block debt-laden Future’s attempt to sell retail assets to Reliance Industries for $3.4 billion.

While Future is staring at liquidation, the legitimacy of the small $200 million deal could have far-reaching consequences for the country’s retail sector.

If Amazon prevails, it will slow Reliance’s plan to acquire Future at a time when it is already rapidly expanding into e-commerce.

And if the 2019 deal is voided, it could make it easier for Reliance to close the Future deal, hurting Amazon’s retail ambitions, people familiar with the dispute say.

Amazon in a confidential filing on Dec. 12 said CCI’s approval revocation is “bound to send a message to foreign investors that the economy and regulatory landscape of India are still not developed enough to provide stability and certainty to foreign investments”.

Amazon in its 60-page submission went on to say Future’s aim “to unwind the investment” to allow Reliance to consolidate its position “will further restrict competition in the Indian retail market”.

The bruising public battle over Future Retail pits Jeff Bezos’ Amazon against Reliance, run by one of India’s richest men, Mukesh Ambani, in a bid for retail dominance in India.

Reliance is India’s No. 1 retailer with more than 13,000 outlets, and rapidly expanding into e-commerce.

No Info Concealed, CCI Has ‘No Power’

The Future-Reliance deal has been on hold as Amazon got favourable interim rulings from a Singapore arbitrator and Indian courts. Future denies any wrongdoing, and the dispute continues to be heard in multiple forums.

Amazon has argued that terms agreed upon in its 2019 deal to pay $200 million for a 49 per cent stake in Future’s gift voucher unit prevent its parent, Future Group, from selling its Future Retail Ltd business to certain rivals, including Reliance.

In June, the CCI sought explanation from Amazon saying it hid factual aspects of the transaction by not revealing its strategic interest in Future Retail while seeking approvals.

In its Dec. 12 response to the CCI – being reported here for the first time – Amazon argues no information was concealed from the CCI and lawyers representing the Future Group “had vetted and approved” all submissions.

“There was no concealment of any material information,” Amazon’s filing states.

The CCI’s 2019 approval order states its decision “shall stand revoked if, at any time, the information provided” is found to be incorrect.

But Amazon in its submission argues the CCI has no power to do so, saying its approval order as per Indian laws is a final one, not conditional.

“The power to revoke an approval is a drastic power and is not available to a statutory authority unless expressly provided” in Indian law, Amazon argued.