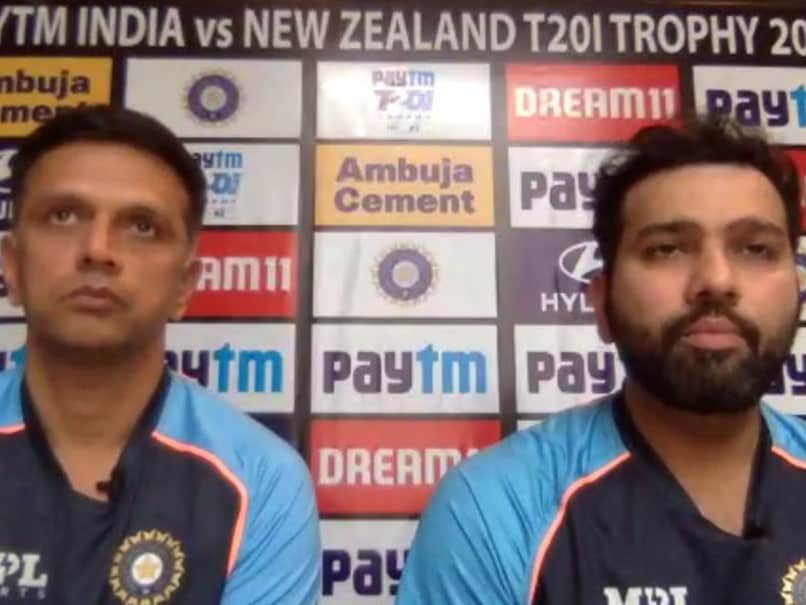 IND vs NZ: Rahul Dravid and Rohit Sharma spoke to the media ahead of the 1st T20I.© BCCI


Coach Rahul Dravid and T20I captain Rohit Sharma addressed the media through a virtual press conference ahead of the first match of the series that starts in Jaipur on Wednesday. This was the first time Rahul Dravid spoke at a press conference after he replaced Ravi Shastri as the coach of the Indian cricket team. Apart from giving his vision of Team India going forward, Dravid also spoke about the maintaining the workload management of the team in these difficult times. Rohit Sharma and Dravid both spoke about the need to following their own template for T20Is and not looking at what other teams are doing. Dravid also made it clear that there was no need for separate teams for separate formats.