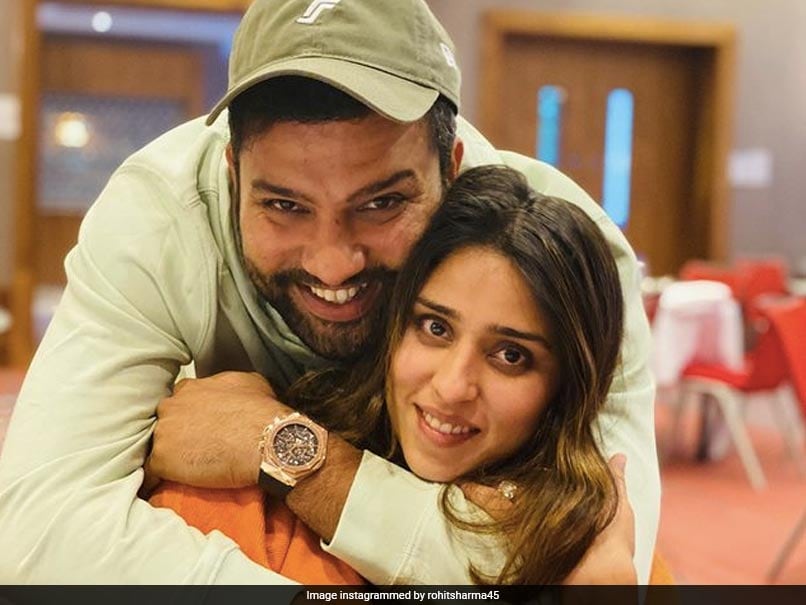 India’s limited-overs skipper Rohit Sharma took to social media to wish his wife Ritika Sajdeh on her birthday. Rohit shared multiple pictures of him with his wife Ritika on with a heartfelt note as caption on Tuesday. “Happiest birthday my one and only continue to be who you are, it’s very attractive, wrote Rohit Sharma on Instagram with pictures of him and Ritika. Rohit will miss the upcoming Test series in South Africaafter suffering a hamstring injury. The opener is currently undergoing rehabilitation at the National Cricket Academy (NCA) in Bengaluru.

A week back the couple also celebrated their sixth anniversary and, on that occasion, Rohit shared a video featuring a few pictures of him with Ritika.

On the other hand, Ritika had written an emotional note on her Instagram, describing her life with the Indian cricketer.

“Happy anniversary baby life is full of highs and lows but you make the highs higher and the lows bearable. Lots more of the world to explore together (specially the underwater kind), lots more animals to save (the underwater kind here too) and a lifetime of memories to make @rohitsharma45,” wrote Ritika on Instagram with pictures of her along wit her husband and daughter.

In Rohit’s absence in South Africa Tests, opener KL Rahul was named Virat Kohli’s deputy for the series while Gujarat batter Priyank Panchal was brought in as his replacement in the India Test squad.

India and South Africa will face-off in the three-match Test series with the first Test starting on December 26 at the SuperSport Park in Centurion.