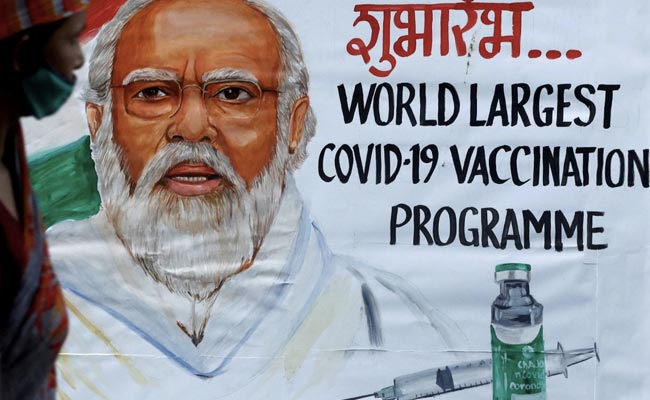 A petition to remove Prime Minister Narendra Modi’s photo from COVID-19 vaccination certificates was dismissed today with a Rs 1 lakh fine by the Kerala High Court which termed the case “frivolous”, “politically motivated” and a “publicity interest litigation”.

“…They can differ on the policies of the government and even the political stand of the Prime Minister. But the citizens need not be ashamed to carry a vaccination certificate with the photograph of the Prime Minister with a morale boosting message, especially in this pandemic situation,” PTI quoted the judge as saying.

The petitioner will have to deposit the Rs 1 lakh fine within six weeks to the Kerala State Legal Services Authority (KeLSA) which shall recover the amount by selling off his assets if he fails to deposit the fine in time, the court said.

“When serious cases are piling up in court, cannot encourage such unnecessary petitions,” it added.

The petition had been filed by Right to Information (RTI) activist Peter Myaliparampil, who said that to have PM Modi’s picture on the certificate when people had to pay for the vaccines at private hospitals, was a violation of fundamental rights.

He also contended that the certificate was “a private space” with personal details on record and therefore, it was inappropriate to intrude into the privacy of an individual.

While hearing the case, the court had found no fault with COVID-19 vaccination certificates carrying the photograph of the Prime Minister.

“Why are you ashamed of the Prime Minister? He came to power through the mandate of the people…we may have different political views, but he is still our PM,” the court had said, according to PTI.

“They may not be proud of their PMs, we are proud of our PM,” PTI quoted him as saying when told no other country had pictures of their political leaders on vaccine certificates.