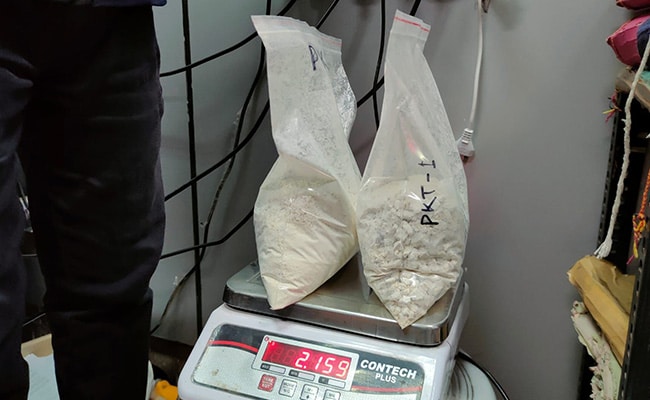 A woman from Kenya was arrested at the Jaipur International Airport with heroin weighing over two kilos, worth approximately Rs 15 crore in the international market, a Customs official said today.

The 33-year-old woman, who arrived from Sharjah on an Air Arabia flight, was intercepted at the airport on the basis of a Look Out Circular (LOC), an official told NDTV.

As per the LOC from the Immigration department, the woman had provided the same mobile number in her Visa application as was provided by two other Ugandan women passengers who were intercepted at the Delhi airport on November 13 with 12.9 kg heroin, estimated to be worth Rs 90 crore.

Suspecting her of being part of a syndicate involved in drugs smuggling, officials searched her baggage, emptying the plastic suitcase and putting it through an X-Ray examination.

The radiograph of the suitcase, which appeared to be heavier than usual when empty, showed lumps of concealed substance following which officials found fake compartments on its sides. They then cut through it and found two big envelopes – each one neatly stuck on either sides with a strong adhesive.

The envelopes had a white-coloured substance – some in small lumps and granules and the rest in powdered form, the official told NDTV.

Preliminary tests with a Drug-Detection (DD) Kit revealed the substance to be heroin.

The contraband has been seized and an investigation is underway, the official said.