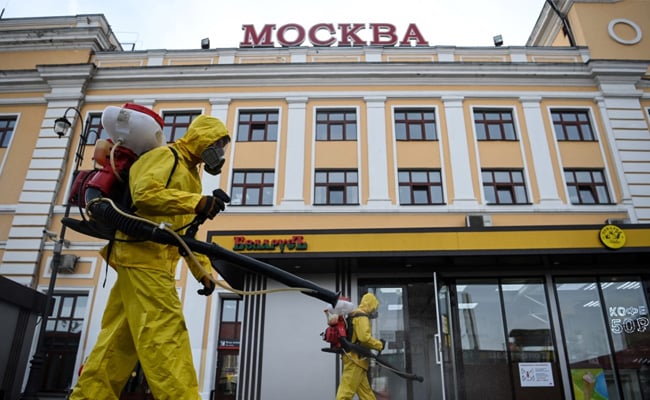 Just 32.5% of Russia’s population have been fully vaccinated (File)

New coronavirus restrictions came into effect across Russia on Saturday with authorities looking to stem soaring infections and deaths in Europe’s worst hit country by fatalities.

Saturday’s government tally recorded 40,251 new cases, the highest figure for new infections since the beginning of the pandemic.

President Vladimir Putin last week ordered a paid holiday from Saturday to November 7 in a bid to break a recent chain of records in daily cases and deaths.

Russia has held back on imposing significant nationwide measures since ending a short lockdown at the beginning of the pandemic and instead placed its hopes on the rollout of several homegrown vaccines, including Sputnik V.

Even though several jabs have been freely available for months, just 32.5 percent of the population have been fully vaccinated, according to government statistics Saturday.

The Kremlin this week said epidemiologists had raised “concerns” after polls cited by news agencies showed one-third of Russians planned to travel during the holiday period.

Regions across the country have imposed some virus restrictions but the most stringent began this week in Moscow — the epicentre of Russia’s outbreak — with non-essential services shuttered.

Russian authorities have been accused of downplaying the pandemic and figures from statistics agency Rosstat on Friday showed nearly twice as many Covid deaths compared with the government tally.

This would bring the agency’s toll of Covid-19 deaths in Russia to nearly 450,000, the highest in Europe.