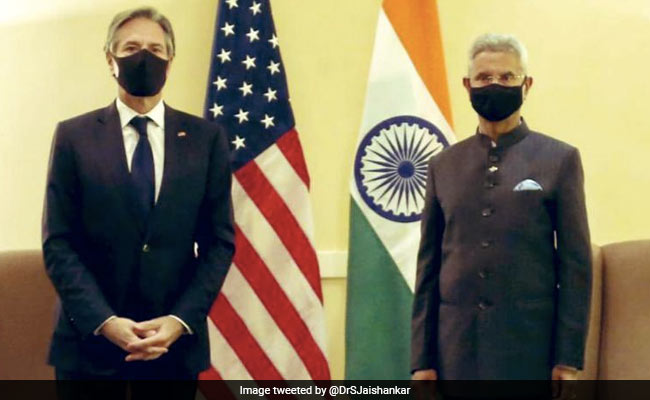 External Affairs Minister S Jaishankar on Saturday met with US Secretary of State Antony Blinken in Rome on the sidelines of the Group of 20 (G20) Summit.

Taking to Twitter, Mr Jaishankar said that he had a very good meeting with the US Secretary of State and both discussed a wide gamut of issues relating to the partnership between both countries.

“A very good meeting with Secretary of State @SecBlinken in Rome on sidelines of @G20org. Discussed a wide gamut of issues relating to our partnership. Updated each other on important regional concerns,” Jaishankar tweeted.

PM Modi arrived in Italy on Friday to participate in the two-day G20 Summit. This summit is the eighth G20 Summit attended by the Prime Minister.