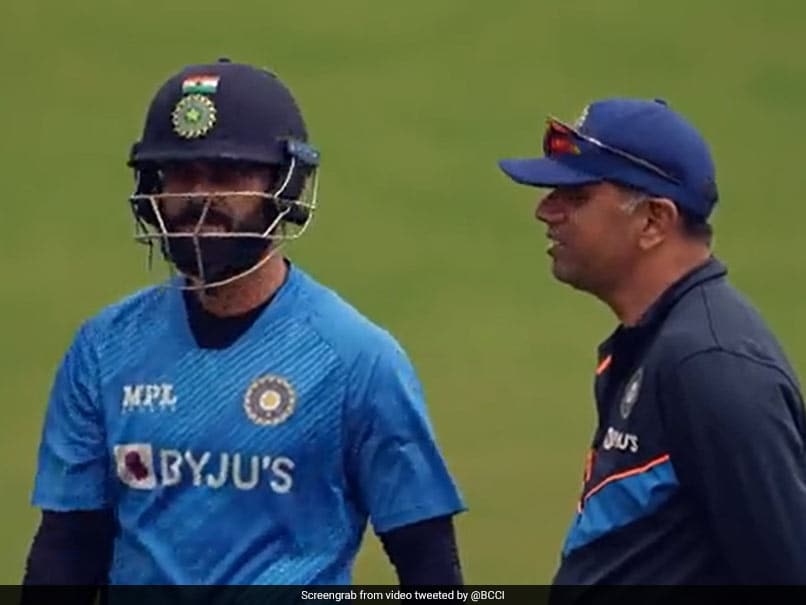 After arriving in South Africa on Friday, Team India have been hard at work, gearing up for the upcoming three-match Test series against the Proteas, starting December 26. The Virat Kohli-led side had an “intense nets session” under the watchful eyes of Rahul Dravid, who had replaced Ravi Shastri as the head coach of the Indian team last month. The Board of Control for Cricket in India (BCCI) shared a sneak peek of India’s intense practice session at the SuperSport Park in Centurion, the venue for the first Test.

“Team India had an intense nets session at SuperSport Park in the build up to the first Test,” the BCCI captioned the video on Twitter.

#TeamIndia had an intense nets session at SuperSport Park in the build up to the first #SAvIND Test.

Here’s @28anand taking you closer to all the action from Centurion.

This will be Dravid’s first overseas tour as the head coach of the Indian team, having helped the team register a win during the recently-concluded home series against New Zealand.

Led by Rohit Sharma, India had won the T20I series 3-0. Test skipper Virat Kohli had missed the first Test, which ended in a nail-biting draw but returned to captain the team to victory in the second Test as India won the two-match Test series 1-0.

India have not had the best of times in South Africa, especially in the longest format of the game. In their previous seven visits to South Africa, India have endured drubbings on six occasions.

India will be without the services of newly-appointed Test vice-captain Rohit and all-rounder Ravindra Jadeja due to their respective injuries.

Both senior players are undergoing rehab at the National Cricket Academy in Bengaluru.

KL Rahul has been named as Kohli’s deputy for the series while Priyank Panchal has replaced Rohit in India’s squad as a backup.