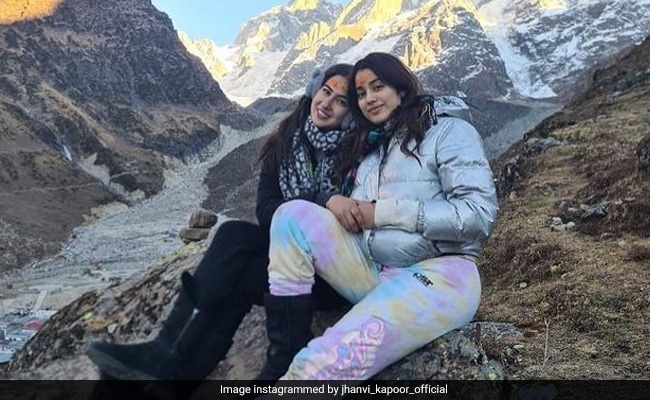 Besides being Bollywood stars, Sara Ali Khan and Janhvi Kapoor have another thing in common – their love for travelling. Both Sara and Janhvi love to share pictures from their travel diaries. So the decided to travel together. They visited Kedarnath and the pictures from their trip are all over the Internet. Several fan pages dedicated to the actresses on Instagram have curated pictures from their latest Kedarnath trip and are trending big time. They recently made an appearance together on the TV quiz show The Big Picture, hosted by Ranveer Singh.

Take a look at the pictures here:

Sara Ali Khan and Janhvi Kapoor are Pilates buddies. They are both trained by celebrity fitness instructor Namrata Purohit. See some of their posts together:

Both Sara Ali Khan and Janhvi Kapoor made their Bollywood debuts in the year 2018. Janhvi was launched by Karan Johar’s Dharma Productions with the Shashank Khaitan-directed film Dhadak, co-starring Ishaan Khatter. Sara Ali Khan stepped into the Hindi film industry with Kedarnath, opposite late actor Sushant Singh Rajput. The film was directed by Abhishek Kapoor.

Both Sara and Janhvi have impeccable genes. Janhvi Kapoor is the daughter of late actress Sridevi and film producer Boney Kapoor. Sara Ali Khan’s parents Saif Ali Khan and Amrita Singh are also actors. Her father is now married to Kareena Kapoor, with whom he has two sons.