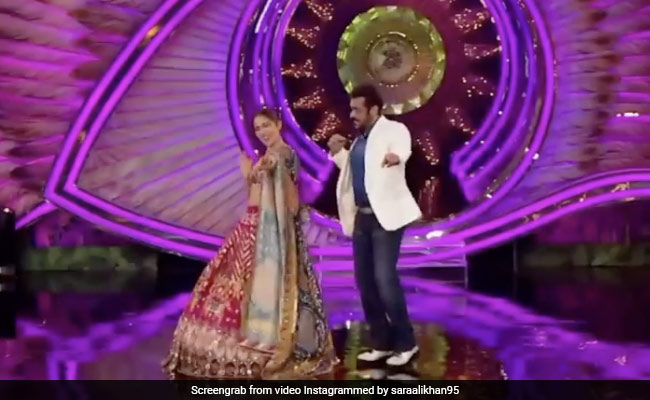 Sara Ali Khan on Thursday, shared a video on her Instagram handle, where can be seen dancing to Chaka Chak song along with Salman Khan, as she promotes her upcoming film Atrangi Re,on the sets of Bigg Boss 15. The video features herself and Salman Khan enjoying on the stage of the Bigg Boss 15.The video ended with Raveena Tandon, giving us a guest appearance along with Sara Ali Khan. Sharing the video, Sara Ali Khan wrote: “With the biggest Salman khan. Also, wait for the end for a special surprise Raveena Tandon.” She also used hashtags like #chakachak #atrangire and #knockknock in her post.

Recently, Sara Ali Khan shared a series of pictures on her Instagram from the sets of Atrangi Re. Sharing the post, Sara Ali Khan wrote: “Many moods and emotions of Rinku. Loving, thoughtful, emotional, humoured, fed up, nervous, suspicious, longing.”

On the work front, Sara Ali Khan will be next seen in Atrangi Re opposite Akshay Kumar and Dhanush. The film is set to release on December 24, 2021.