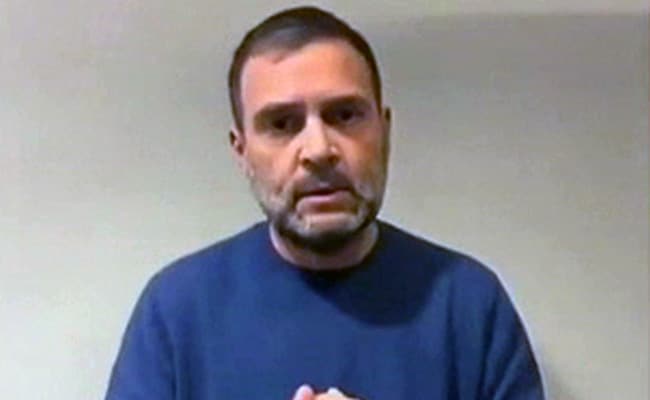 The announcement on Guru Nanak Jayanti was greeted with much praise in Punjab and Haryana, whose farmers have been protesting against the three farm laws introduced amid the COVID-19 pandemic.

Mr Gandhi, whose party is a fierce critic of the farm laws brought under controversial circumstances, appeared to lose no time in taking a swipe at PM Modi over the announcement to cancel the farm laws.

“The country’s farmers have defeated arrogance with their satyagraha. Jai Hindi, Jai Hindi’s farmers,” Mr Gandhi tweeted, along with an old tweet from January this year where he said, “Mark my words, the government will have to take back the anti-farm laws.”

Other leaders of opposition parties in the central level also tweeted to congratulate farmers – and take a swipe at the Modi government.

“Arrogance loses. From hubris to on your knees,” Trinamool Congress MP Derek O-Brien tweeted, without naming anyone. His party, led by West Bengal Chief Minister Mamata Banerjee, is another vocal opponent against the farm laws.

They have long been alleging that the Modi government could have easily listened to the protesting farmers and ended the matter well before the protest completed a year.

The farmers who have been camping on the outskirts of Delhi for a year had insisted they would not call off the protest unless all the three laws were withdrawn. They have alleged the new laws would give power to private hands to control the farm sector. The government denied this allegation and had even offered to amend the laws. It had pointed out the laws would cut out middlemen. But the farmers stuck on with nothing less than complete repeal of the laws.