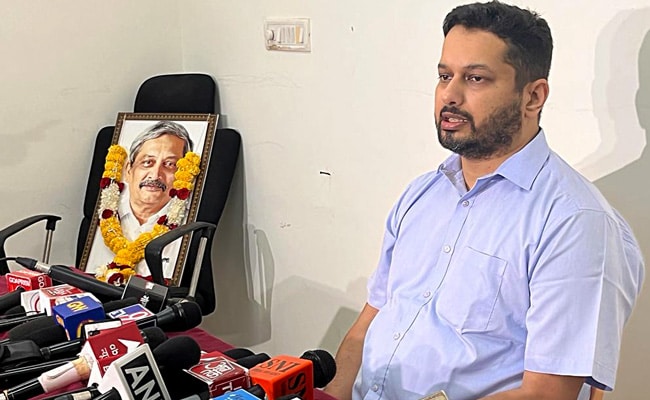 The Shiv Sena has dropped its candidate from Goa’s Panaji and has decided to support former Chief Minister Manohar Parrikar’s son Utpal, who is contesting the election as an independent after being snubbed by the BJP for the seat.

Shiv Sena MP Sanjay Raut had earlier urged all opposition parties to back Utpal Parrikar if he did not get a BJP ticket to contest from Panaji.

“We’re keeping our word. Shiv Sena is withdrawing its candidate Shailendra Velingkar from Panaji. Not just that, our workers will fully support Utpal Parrikar. We believe that the battle for Panaji is just about election, but also about the purification of Goa Politics (sic),” Sanjay Raut said in a tweet tagging Maharashtra minister Aditya Thackeray.

Mr Raut’s tweet included a quote from Utpal Parrikar, apparently targeting the BJP for choosing Atanasio “Babush” Monserrate: “You will give ticket to the person with criminal antecedent in the constituency represented by late Manohar Parrikar?”