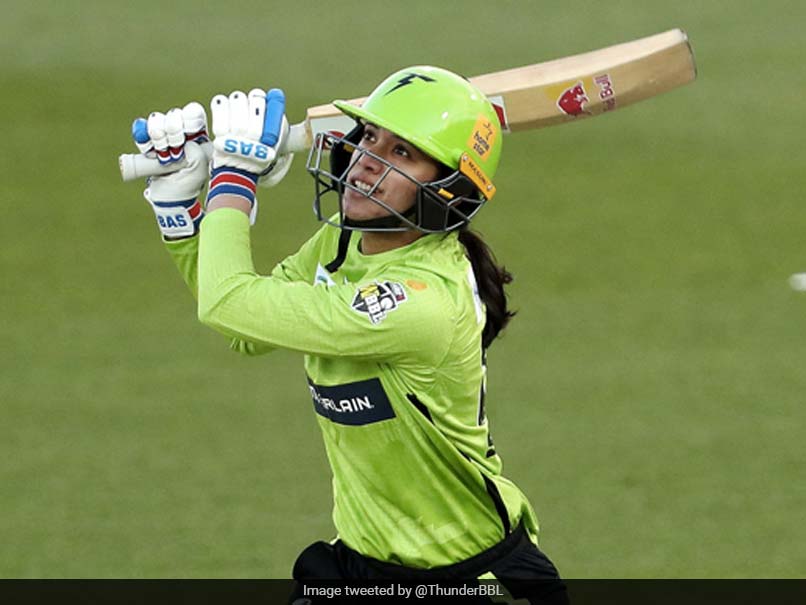 Smriti Mandhana smashed 64 off just 44 balls but couldn’t guide her team to victory as defending Women’s Big Bash League (WBBL) champions, Sydney Thunder were narrowly defeated by Melbourne Renegades on Wednesday in Launceston. Mandhana smashed four boundaries and a six, but her innings was overshadowed by compatriot Jemimah Rodrigues’ 56-ball 75 for the Renegades.

In the match, the Renegades had won the toss and decided to bat first at the University of Tasmania (UTAS) Stadium.

Openers, Rodrigues and Josephine Dooley, gave them an excellent start, adding 84 runs for the first wicket. With wickets falling at the other end, the 21-year-old Rodrigues remained unbeaten and took her team to a total of 142/5.

Chasing a target of 143, the Thunder lost the game by nine runs as they were restricted to 133/8 after 20 overs despite Mandhana’s exploits.

The defending champions are yet to win a game this season, as this was their fifth defeat in as many WBBL games. For the Renegades, Courtney Webb was the pick of the bowlers as she ended the game with figures of 3/21.

With this win, the Renegades moved to second in the points table while the Thunder are languishing at the bottom.

The defending champions will now take on the Melbourne Stars on Saturday while the Renegades face Sydney Sixers.