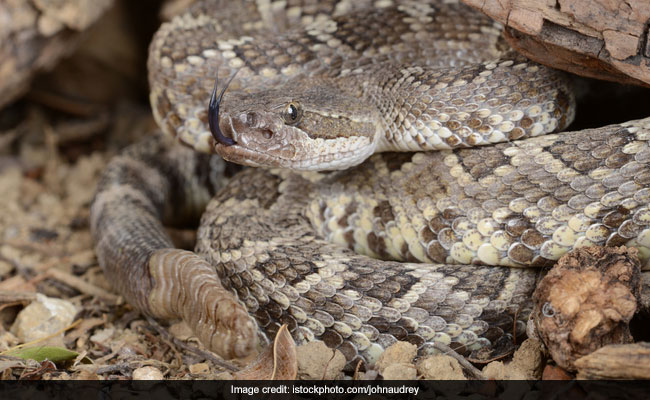 The accused had 1 kg of snake venom in a glass container. (Representational)

The Odisha Police have seized snake venom worth Rs 1.5 crore and arrested two persons in this connection from Sambalpur district, a police officer said on Saturday.

A trap was laid by the Deogarh Police following a tip-off that some persons were trying to sell 1 kg snake venom for Rs 1.5 crore, the officer said.

A police team rushed to Sindurpank of Sambalpur on Friday to meet the persons posing as customers.

When the persons identified as Kailash Chandra Sahu, and Ranjan Kumar Padhi, approached the team with 1 kg of snake venom in a glass container and demanded the amount, they were arrested by the law enforcers.

“We will send it to a laboratory for confirmation,” Deogarh Subdivisional Police officer Pratyush Mohapatra said.

A case has been registered against the accused.