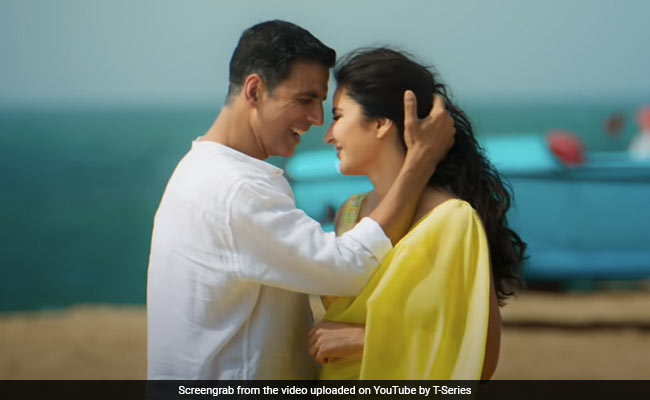 The new track titled Mere Yaaraa from Akshay Kumar and Katrina Kaif’s Sooryavanshi is out now and it will make you believe in love all over again. The stars weave a beautiful tale of love in their new song, which shows their story from being lovers to living with their son happily after their wedding. Katrina Kaif and Akshay Kumar are “soulmates” in Mere Yaaraa – they fall in love and stay together forever. The music video has been shot at different picturesque locations. Mere Yaaraa has been sung by Arijit Singh and Neeti Mohan. It has been written by Rashmi Virag and composed by Kaushik-Guddu-Akash.

Sharing the song on social media, Akshay Kumar wrote: “When you find that one in a million, your heart can’t help but sing #MereYaaraa. Song out.” Karan Johar, who judi slot pragmatic play has produced the film, tweeted: “When you’ve found your soulmate, keep them close! #MereYaaraa song out now.”

Mere Yaaraa is the second song from the Sooryavanshi playlist. The first track titled Aila Re Aillaa dropped on the Internet last week. Watch it here:

Sooryavanshi is directed by Rohit Shetty and produced by Karan Johar. Katrina Kaif, who started promoting the film with both Rohit Shetty and Akshay Kumar this judi online weekend, shared this ROFL video of the director and the actor from their promotion diaries on Sunday:

Sooryavanshi will open in theatres on November 5, on Sunday. It will have special appearances by Ranveer Singh and Ajay Devgn, who have featured in previous films of Rohit Shetty’s cop universe.