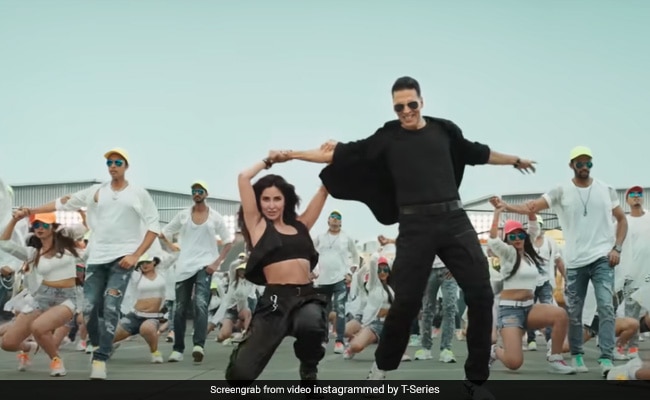 So another track from the film Sooryavanshi released on Wednesday and it is trending big time on Twitter already. The song titled Najaa features the film’s lead actors Akshay Kumar and Katrina Kaif dancing their hearts out. It is a delight to see Katrina Kaif and Akshay Kumar share screen space once again after a long time. Dressed in colour-coordinated outfits, both Akshay Kumar and Katrina Kaif can be seen dancing perfectly. However, it is Katrina Kaif who stole out attention. The actress aces the dance sequence like a pro. The song has been sung by Pav Dharia and Nikhita. The music has been recreated by – Tanishk Bagchi and the revised lyrics are also by Tanishk Bagchi.

Check out the track Najaa here:

Sooryavanshi  is the fourth film in Rohit Shetty’s cop universe. Ranveer played the role of a police officer in the 2018 film Simmba while Ajay Devgn starred in the cop series Singham. In Sooryavanshi, Akshay will play the lead role of Veer Suryavanshi, a character that was introduced as an Anti-Terrorist Squad (ATS) officer in a cameo role in the 2018 film Simmba, which also starred Sara Ali Khan. Katrina Kaif will play Akshay’s love interest in the film. The film has been produced by Karan Johar’s Dharma Productions. It is slated to release in theatres on November 5.

The film’s release date has been rescheduled multiple times due to lockdowns and Covid-19 pandemic. The film will clash with Marvel’s Eternals at the box office.