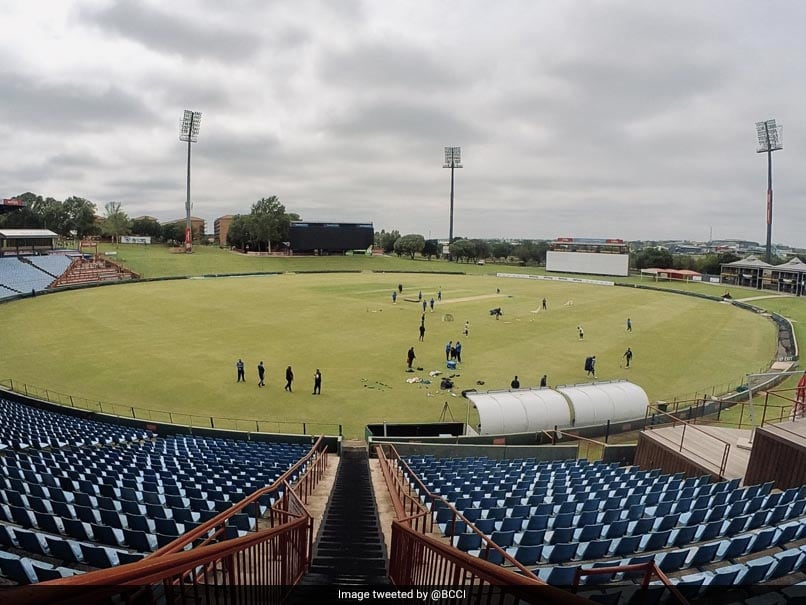 BCCI shared picture of the SuperSport Park in Centurion.© Twitter

The India men’s cricket team will take on hosts South Africa in a three-match Test match series, scheduled to begin from December 26. The Board of Control for Cricket in India (BCCI) shared a glimpse of the venue from first Test — the SuperSport Park in Centurion — on its Twitter handle. The caption of the post read, “Hello SuperSport Park. #TeamIndia #SAvIND.” The first Test match will be followed by the Johannesburg Test from January 3 to 7, 2022. The last Test is scheduled from January 11 to 15 in Cape Town.

Earlier on Saturday, the BCCI had shared a video of members of the Indian team and the support staff engaging in some light workout and fun activities.

During the outdoor activities, members of the team looked quite relaxed while playing a game of “footvolley” ahead of their first practise session in the all-important Test series.

India’s limited-overs skipper Rohit Sharma, who was set to be the deputy of Virat in the Test series, was ruled out of the longest format due to a left hamstring injury. Priyank Panchal was announced as replacement by the BCCI.

The second Test will be held from January 3 to 7, 2022 in Johannesburg while the final Test is scheduled for January 11 in Cape Town.