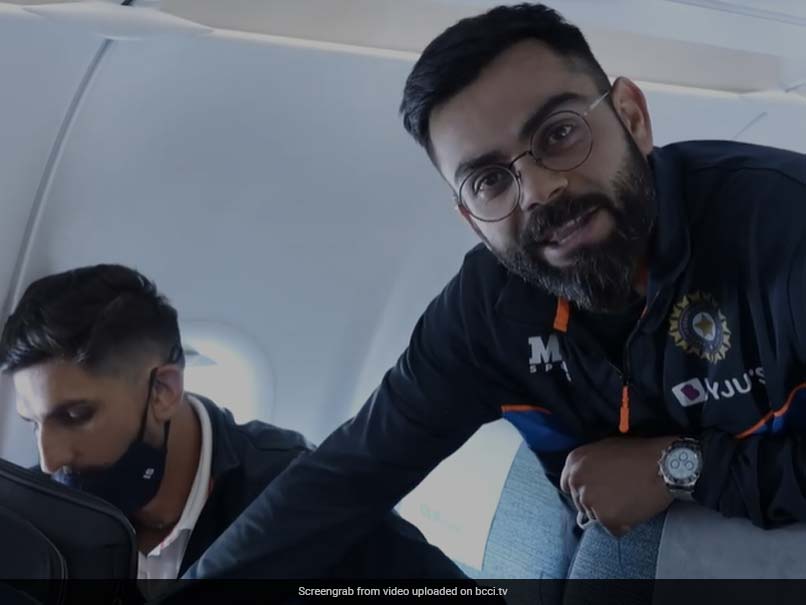 Virat Kohli-led Team India arrived in South Africa on Thursday ahead of the three-match Test series against the Proteas, starting December 26 in Centurion. The BCCI on Friday decided to give fans an update about the team’s whereabouts and posted a video of their journey from Mumbai to Johannesburg on social media. “From Mumbai to Jo’Burg! Capturing #TeamIndia’s journey to South Africa,” the BCCI captioned the video. In the video, the Indian players looked in jovial mood, especially skipper Virat Kohli, who can be seen teasing pacer Ishant Sharma.

Here is the video:

From Mumbai to Jo’Burg!

In the video, Virat says that Ishant is ready to travel anywhere in the world as long he has the necessary his suitcase with him. The pacer then asks him not to tease him, especially in the morning.

Other than Kohli and Ishant, head coach Rahul Dravid can also be seen sharing a laugh with Shreyas Iyer.

Rohit Sharma, who was appointed as the new Test vice-captain, has been ruled out of the Test series due to a left hamstring injury. He has been replaced by Gujarat opener Priyank Panchal.

Earlier, it was reported that Virat might miss the three-match ODI series but the Test captain, in an explosive press conference on Wednesday, rubbished the claims, saying that he was always available for selection.

The first Test will begin on Boxing Day at the SuperSport Park in Centurion. The second and third Test will be played in Johannesburg and Cape Town, respectively.