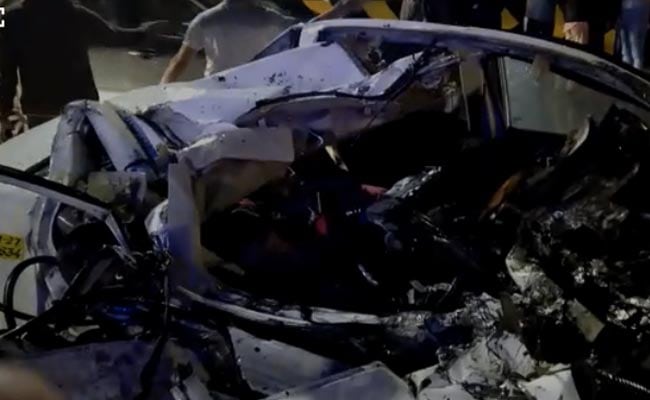 The front part of the car was completely damaged

Three people were killed when a speeding SUV moving towards Bengaluru city from the airport side jumped over a divider and rammed a cab late on Thursday night.

The incident took place on airport road near Vidyanagar Cross in Chikkajala Police limits in Bangalore City around 9:30 pm yesterday.

Pictures from the scene showed the mangled remains of the cab, with its front part completely gone. 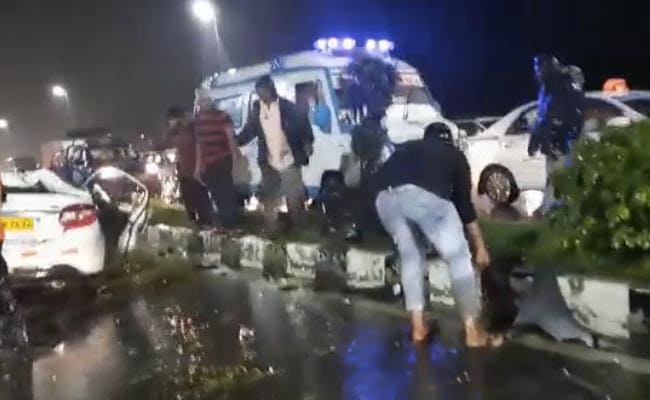 All three people in the car died on the spot

The injured have been admitted to the nearest hospital.