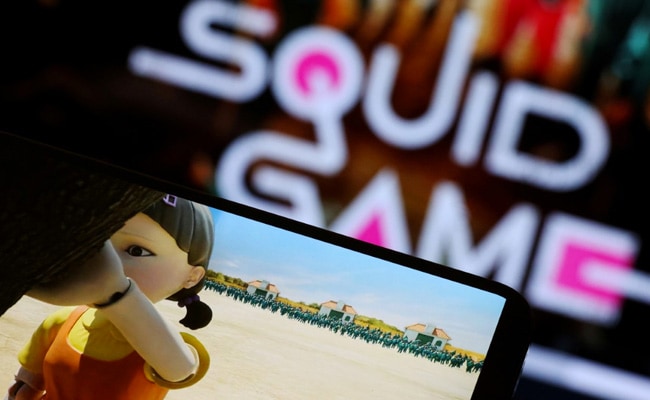 Squid Game, or SQUID, the latest memecoin sensation, surged more than 230,000% in the past week.

New Delhi: Investors drawn to cryptocurrencies can be forgiven for having an expectation of high returns, especially lately. After all, even as the S&P 500 Index more than doubled in the past five years, Bitcoin rocketed more than 80-fold — albeit with much of the rally occurring in the past year. “Memecoins” such as Dogecoin and Shiba Inu have also surged, often for no particular reason.

Big gains aren’t a given, though, especially in a market as untamed, sprawling and speculative as crypto. And the inflation in value is often ephemeral. For evidence, there’s Squid Game, or SQUID, the latest memecoin sensation, inspired by the Netflix hit. It surged more than 230,000% in the past week to $2,861.80, according to CoinMarketCap pricing — only to plunge 100% to less than half a cent as of Monday in New York.

“Betting on the right coin can lead to jaw-dropping riches,” said Antoni Trenchev, co-founder of crypto lender Nexo, in an email Sunday. “The problem is, what goes up in a straight line tends to retreat in a similar fashion.” He added, “you hear that some memecoin investors don’t care about the losses. They are in it for the ride,” but that “once the selling starts, a cascading effect can play out, so it’s wise to only use money you can afford to lose.”

Some digital assets have had eye-popping gains, with the past year’s bull market spreading beyond the likes of Bitcoin and Ether to other tokens, decentralized finance projects and more. Dogecoin, which started in 2013 as a joke, has soared 10,000% in the past year, according to CoinGecko pricing. Shiba Inu, which was created just last year, has soared more than 90,000,000%; it soared 800% in October alone.

Squid Game’s boom and bust reveals another side of the crypto frenzy: The potential for demand to suddenly dry up, or worse, for developers to abandon a project and abscond with the funds in a scam known as a rug pull. Whether that’s what happened with Squid Game is still unclear, but even before the drop, there were inconsistencies around trading. CoinMarketCap posted a warning that it had received “multiple reports” that users weren’t able to sell the token on PancakeSwap, a decentralized exchange.

“Please do your own due diligence and exercise extreme caution. This project, while clearly inspired by the Netflix show of the same name, is not affiliated with the official IP,” it says at the top of the SQUID page, referring to intellectual property.

Indeed, the Squid Game white paper says it “will implement an innovative anti-dump mechanism.” Buying in the market releases “selling credits,” it says, but adds that if there is no selling credit left “in the pool,” someone won’t be able to sell any more.

“The reality is that very few retail buyers of these memecoins actually spend the time to read the white paper or try to understand the tokenomics and governance frameworks of these coins,” said Henri Arslanian, PwC crypto leader and partner. “And that comes with risks.”

It can even be hard to know what one is investing in, with crypto opportunists creating tokens that have similar names to high-fliers. A search for “Floki” (that’s the name of Tesla Inc. founder Elon Musk’s puppy) on CoinGecko comes up with Floki Inu, Floki Musk, Shiba Floki, Baby Moon Floki, FlokiSwap and FlokiMooni.

Some have suggested that there are broader societal reasons for the moves, which dovetail with the Reddit-fueled rides in stocks such as GameStop Corp. and AMC Entertainment Holdings Inc. this year, as well as the breakout prices of many non-fungible tokens, or NFTs.

All of these have benefited from a grass-roots enthusiasm that spurns the old order and has little to do with the type of fundamental analysis that justifies more traditional investments.

Raoul Pal, the co-founder of crypto investment platform Real Vision Group, said in a recent Twitter thread that this is part of a “seismic” shift driven by younger people who aren’t looking for modest returns, but are instead willing to take huge risks in order to make huge amounts of money.

These new investors aren’t interested in your love of oil or commodities or 1950’s V8’s or your Contemporary art of the 1990’s and 2000’s. Your Jeff Koonz is just a stupid ballon sculpture. It is not their cultural reference. JPEGS are and memes.

This is ALL about culture.

Others trace the speculative frenzy to the mountains of cash floating around the global financial system as the Federal Reserve and other central banks keep monetary spigots open to counter the effects of the Covid-19 pandemic. But these easy-money policies have an eventual expiration date.

One consequence is that crypto projects that have invested significant time and energy from knowledgeable people who want to apply the technology to create utility — whether it’s in financial tools like with DeFi, or ownership rights like with NFTs, or myriad other potential areas — find themselves outranked by tokens that were seemingly created with almost no effort at all.

“It is somewhat intellectually insulting to see a meme coin like #SHIB have a higher market cap than other projects like #Algorand, #Avalanche #Polygon #Stellar (just to name a few) where years of R&D, innovation and PhD talent and time has been dedicated to advancing this space,” PwC’s Arslanian said.

Crypto has delivered some wild rides, and not just memecoins. This reality may be easy to forget with Bitcoin and Ether both trading near all-time highs. Bitcoin, for example, dropped more than 80% from high to low between December 2017 and December 2018. And one need not go back that far to find an example — just look at Dogecoin earlier this year.

“On April 13 it was priced at 7 cents; 25 days later it peaked at 74 cents, and raced into the top 10 cryptos before slumping almost 80% in the next six weeks,” Nexo’s Trenchev said. “That’s how fast the crypto market can turn against you.”

Investment history is strewn with examples of booms and busts. The verdict on this current craze has yet to be determined, but individuals who are piling in now risk learning a hard lesson somewhere down the line. Squid Game investors already did.