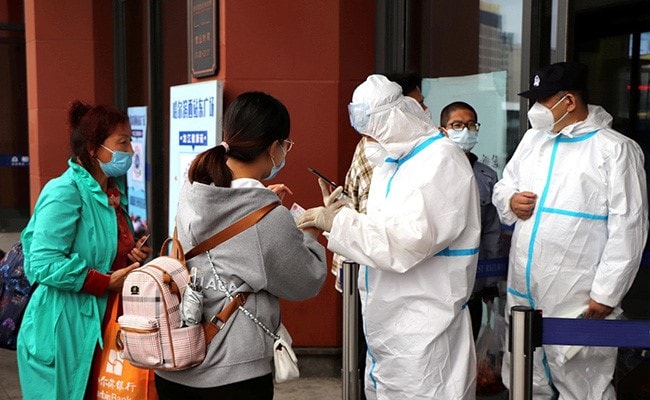 China’s government has urged citizens to stock up on daily necessities and for authorities to take steps to ensure adequate food supplies as the country adopts increasingly tight measures to contain its latest Covid outbreak.

A notice posted on the website of the Ministry of Commerce late on Monday urged “families to store a certain amount of daily necessities as needed to meet daily life and emergencies”.

The directive made no mention of a food shortage or of whether the instructions were motivated by fears that Covid measures could disrupt supply chains or leave locked-down citizens in need of food.

But China, which has kept its infection numbers relatively low through a Covid-zero strategy of border closures, targeted lockdowns and long quarantine periods, is increasingly adopting tough measures to contain the latest outbreak, especially ahead of the Beijing Winter Olympics beginning on February 4.

Besides Covid concerns, China has been hit hard over the past two years by heavy summer flooding that impacted agricultural output and drove up prices, raising concerns that the problem could worsen as climate change brings increasingly extreme weather.

Average wholesale prices of 28 kinds of vegetables in October were up 16 percent from the previous month, state media reported on Monday, citing government numbers.

China has generally kept daily new case counts in the low double digits for much of the pandemic.

But daily cases rose to as high as 143 in August amid a Delta outbreak, eased off for several weeks, but have begun climbing again amid what the government called a “serious” new outbreak, with cases popping up in a dozen provinces.

Ninety-two new cases were reported Monday, the highest since mid-September.

The government has restricted some inter-provincial travel, ramped up testing, and urged people to postpone social gatherings like weddings and banquets.

In an example of the extreme measures taken, the Shanghai Disneyland theme park closed temporarily from Sunday night and prevented visitors and park personnel from leaving until they underwent Covid testing, all due to a single coronavirus case.