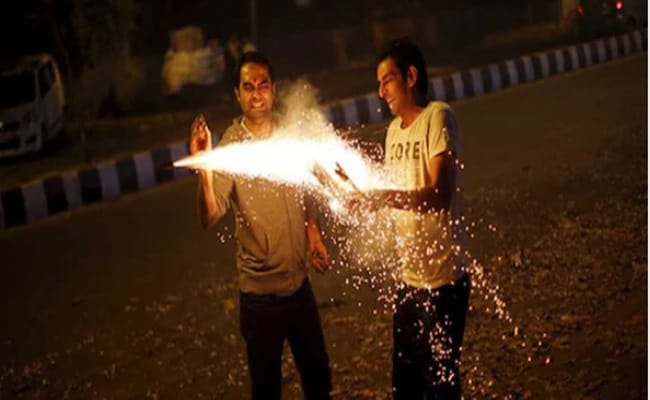 Firecracker ban in Bengal: Supreme Court is scheduled to hear the plea on Monday. (File)

The Supreme Court is scheduled to hear on Monday a plea against the Calcutta High Court order banning the sale, purchase and use of all firecrackers in the state during Kali Puja, Diwali celebrations and some other festivities this year to check air pollution amid the COVID-19 pandemic.

A special bench of justices A M Khanwilkar and Ajay Rastogi would hear the plea which has claimed that the October 29 order passed by the high court was “patently erroneous” in holding a complete ban on firecrackers within West Bengal when the Supreme Court has allowed the use of green firecrackers in permissible limit across all states.

“The high court failed to appreciate that green crackers with reduced emission by a minimum of 30 percent have been introduced in the local market. These are environment friendly,” said the plea filed by the chairman of a West Bengal-based firecracker association and another such group.

“The high court failed to appreciate that the firecrackers manufacturers under the supervision and guidance of the competent authorities of both the central and state government are now engaged in manufacturing only green crackers which conform to permissible smoke and noise levels in terms of the directions of the apex court and the National Green Tribunal,” the plea said, while seeking ex-parte interim stay on the operation of the high court order.

It said if a blanket ban is imposed in this season on the sale and use of firecrackers in the state of West Bengal, the sellers and manufacturers will have to suffer irreparable losses which may “lead to a complete shutdown of the firecracker industry altogether”.

In its order, the high court had said that the expression “firecrackers” will cover all types of sparklers as well as other similar materials, whether or not their bursting or burning involves any sound or light generation.

“The state should ensure that there is no use or display or bursting of firecrackers of any type at all during Kali Puja, Diwali celebrations as well as Chhath Puja, Jagadhatri Puja, Guru Nanak’s Birthday and Christmas and New Year’s Eve celebrations this year,” the high court had said.

It had said that only wax or oil-based diyas may be used for the occasions.

The high court had directed the police to maintain a strict vigil to ensure that there is no further sale or purchase of firecrackers and take appropriate measures against those found violating the order.

The petition in the high court had claimed that the bursting of firecrackers of all classes will severely endanger the right to life of the citizens of the state, particularly in view of the worsening pandemic situation, as it would increase air pollution.

It had sought a re-imposition of the ban that the court had ordered before Diwali and Chhath in 2020.

On October 29, the Supreme Court had said celebration cannot be at the cost of others’ health and clarified that while there is no total ban on the use of firecrackers, fireworks which contain Barium salts are prohibited.

Warning that top officials at various levels “shall be held personally liable” for any lapses, the Supreme court had said it is unfortunate that despite various directions issued by it there is a blatant violation going on.