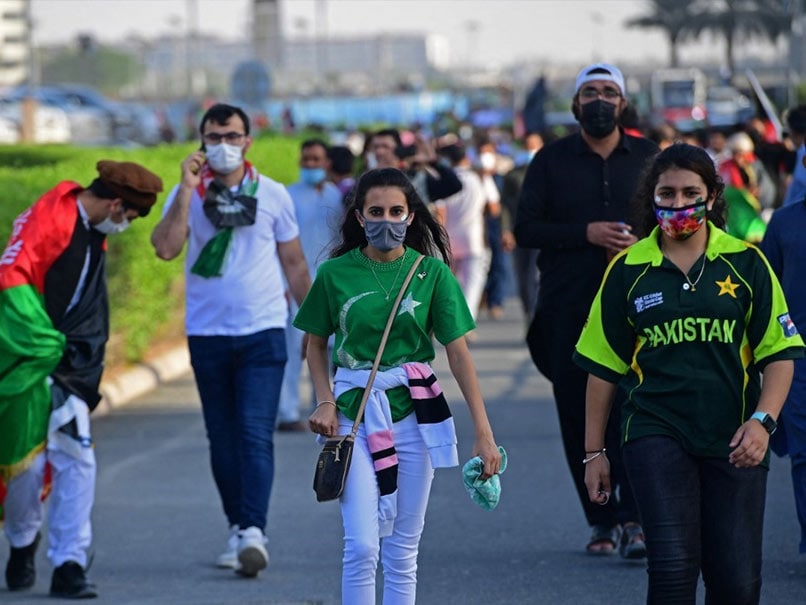 Afghanistan, Pakistan fans on their way to the stadium in Dubai (Representational Image).© AFP

The Afghanistan-Pakistan game was set to have fans coming in from across Dubai, but not many would have expected a near stampede situation as groups of Afghanistan fans tried to get into the Dubai International Cricket Stadium without tickets. Fans had started coming in for the Friday evening game in large numbers from as early as the afternoon, but the trouble started when some fans tried to enter the stadium minus tickets. One of the Pakistan fans who came down all the way from London for the game wasn’t able to enter the stadium in time as the gates had been closed. “We are going to watch a T10 game here because people without tickets were jumping over the gates and we couldn’t get in,” the fan rued pointing at his young kids who had their bags checked.

While the security cordon tried its best to keep non-ticket holders away from the entrance, the large number of fans seemed hell-bent to enter the ground to witness the Afghanistan players in action against Pakistan. In fact, the worst part was that some of the fans who had tickets were forced to skip the game.

Earlier, scenes of Afghanistan skipper Mohammad Nabi in tears while the national anthem was being played ahead of the game against Scotland had people from across the globe showing him support on social media. Nabi took over after Rashid Khan refused to lead the team in the T20 World Cup.

The spinner had claimed his “consent” was not obtained before announcing the squad for the T20 World Cup. Minutes after the Afghanistan Cricket Board announced the squad, Rashid said the selection committee and ACB didn’t obtain his consent for the team.

“As the captain and responsible person for the nation, I reserve the right to be part of the selection of the team. The selection committee and ACB has not obtained my consent for the team which has been announced by ACB media,” Rashid said in a statement on Twitter.

“I am taking the decision of stepping down from the role as the captain of Afghanistan T20 side effective immediately. It’s Always my proud playing for Afghanistan,” he added.