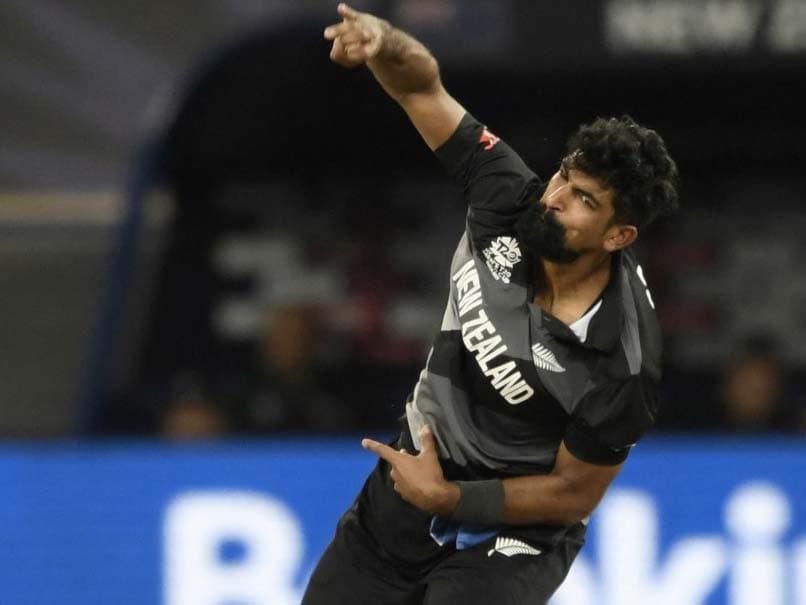 Ish Sodhi was player of the match for his two wickets vs India.© AFP

New Zealand spinner Ish Sodhi, who picked two wickets against India, said the wicket was slower than the England-Australia game and the ball turned when you try to bowl a touch slow. New Zealand starred with the ball as India were restricted to 110/7 in the Group 2 match of Super 12 stage of the ongoing ICC men’s T20 World Cup on Sunday. “The pitch was certainly slower than we saw (the ENG-AUS game). Bit of grass cover but it played slower than expected. Main tactic was bowling first. Teams have had success here bowling first, so the toss was based on that opinion,” said Ish Sodhi after the mid-innings.

“Didn’t turn hell of a lot but it does when you bowl a touch slow. Tough to catch under the lights here, unfortunate with those two drops. If you had asked before the start of the game, if you had told us we could restrict them to under 120, we will certainly take it,” he added.

For the Men in Blue, Ravindra Jadeja and Hardik Pandya played the innings of 26* and 23 as no Indian batter crossed the 30-runs mark.

After the torrid start, India collected 11 runs in the last over as they reached 110 in 20 overs.