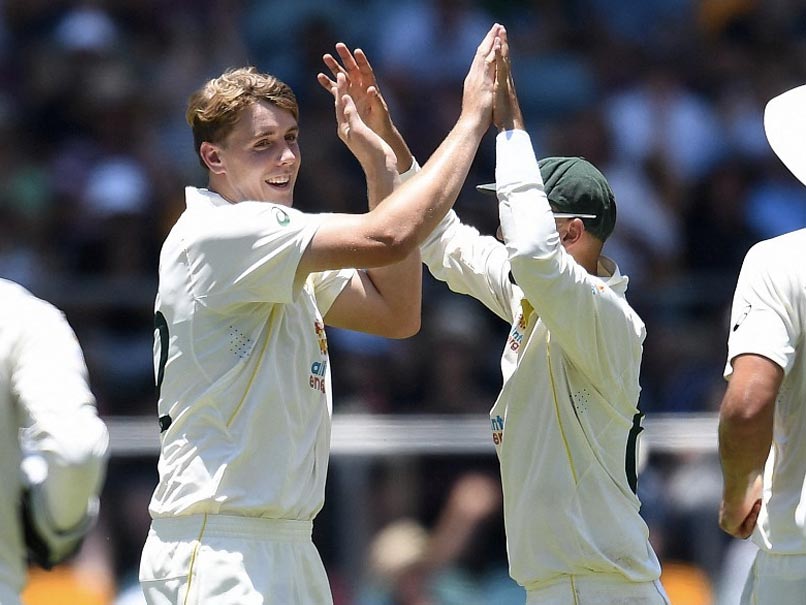 Australia all-rounder Cameron Green is possibly going through one of the toughest phases of his cricketing life as a batter in the ongoing Ashes series. Green has been able to muster only two runs in the two innings he has had an opportunity to bat in. Rated highly in the domestic circuit by experts and also as a potential all-round option for Australia for the future, Green has failed to live up to expectations with both the bat and the ball in international cricket so far. Bowling has still provided some salvation for Green with four wickets in this series so far. Green’s high-arm action and a high release point has troubled the batters in this series. This may well be one of the reasons why ex-England skipper Michael Vaughan likened Green’s bowling to that of his former teammate Andrew Flintoff.

“Cam Green reminds of a young Freddie Flintoff with the ball!! #Ashes,” Vaughan tweeted on Saturday.

Cam Green reminds of a young Freddie Flintoff with the ball .. !! #Ashes

Green’s poor outing with the bat hasn’t had much effect on Australia’s dominance in the ongoing series.

After winning the opening Test at the Gabba in Brisbane by nine wickets, Australia started on the strong note in the second Test in Adelaide as they declared their first innings at 473/9.

The home team’s batting flourished under skipper Steve Smith as he, along with Marnus Labuschagne and David Warner, scored heavily to get the team going.

England’s hopes of levelling the series received a big blow after Joe Root and Dawid Malan departed in quick succession in the second session on Day 3 of the ongoing Test.