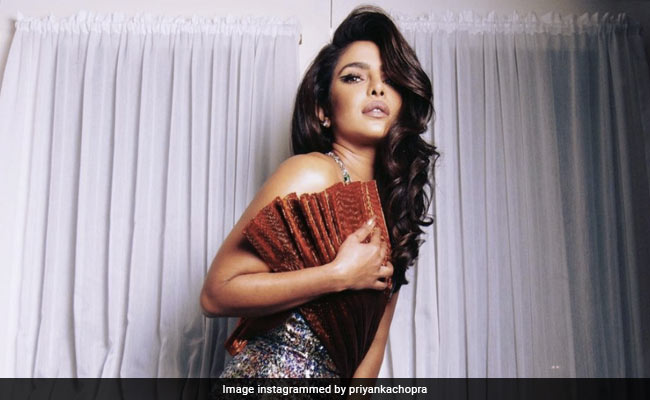 On Sunday, Priyanka Chopra shared a series of pictures on her Instagram from the premier of The Matrix Resurrections. The post features herself sporting the colours of her dress from her character ‘Sati’ from  The Matrix Resurrections. Sharing the post on her Instagram, Priyanka Chopra wrote: “What a night! The Matrix premiere! Also, luxury Law brought it! The colors of my dress are an ode to my character in the film, Sati. I can’t wait for all of you to meet her!! So proud of this cast and crew. What an honour. Thank you Lana,” she added #MatrixResurrections and tagged the Matrix movie Franchise in her post.

The picture that was taken between media interactions shows the six actors smiling widely for the photograph.

Recently, Priyanka Chopra shared pictures from the third day of promotions. The actress also shared another post this time it features just herself. The actress can be seen dressed in a Dolce & Gabbana outfit along with oversized earrings and her hair in a bun.

On Wednesday, Priyanka Chopra shared the look from her second day of promotions with a series of pictures. Styled in a chic Roberto Cavalli dress and a blazer. Sharing the post, Priyanka Chopra wrote: “Day 2.”

Here is another post from her first day of promotions. Sharing the post, Priyanka Chopra wrote: “Day one of Matrix press week is complete,” in her caption.

The Matrix Resurrections will be the first time that will mark Priyanka Chopra’s entry into the Matrix franchise. She will be seen playing the role of Sati. The film is directed by Lana Wachowski and it is scheduled to release on December 22.