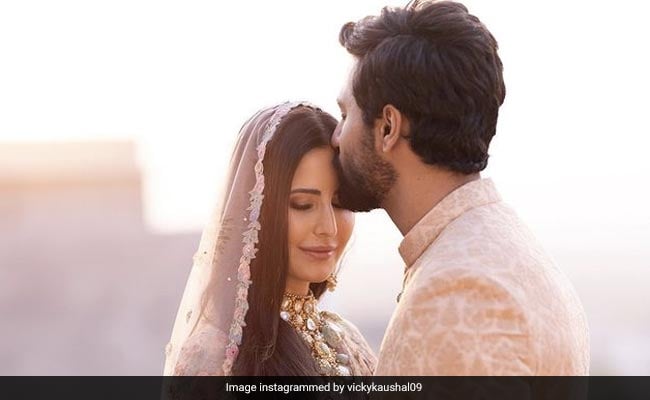 Katrina Kaif and Vicky Kaushal’s relationship might have been a hush-hush affair but their married life is full of social media PDA. The star couple, who got married in big, fat Punjabi wedding in Sawai Madhopur, Rajasthan earlier this month, have actively been sharing mushy posts on their profiles and we are not complaining at all. The reason we brought this up today is because on Monday, Katrina Kaif shared a picture of the view from their house and they can be seen holding hands. “Home,” Katrina Kaif wrote, adding a heart emoji. Vicky Kaushal too shared the same picture. No caption needed.

This is what Katrina Kaif posted: After their wedding, Katrina Kaif and Vicky Kaushal moved into a sea-facing apartment in Mumbai’s Juhu. Virat Kohli and Anushka Sharma also own two floors in the same building. Before her wedding, Katrina Kaif had been living in an apartment in Andheri with sister Isabelle, who is also an actress, while Vicky Kaushal used to stay in Andheri with his family. On Sunday, Vicky Kaushal’s father Sham Kaushal and his wife were spotted outside Katrina and Vicky’s house.

After Katrina and Vicky shared their wedding pictures, their neighbor Anushka Sharma welcomed them  with these words: “Congratulations to both of you beautiful people! Wishing you guys a lifetime of togetherness, love and understanding. Also glad you are finally married so that now you can move into your house soon and we can stop hearing construction sounds.”