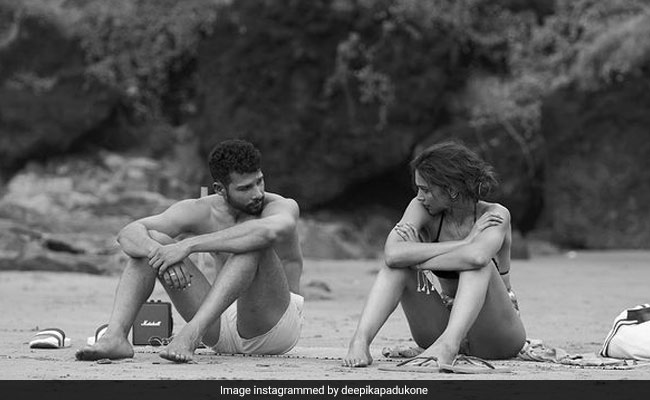 On Sunday, Deepika Padukone, Siddhant Chaturvedi and Ananya Panday shared pictures from the sets of their forthcoming film. As of now, all we know about the film is its cast and that it has been directed by Shakun Batra and produced by Karan Johar’s Dharma Productions. However, Deepika and other stars of the film stated in their respective posts that there will be an announcement soon. “Stay tuned for the announcement,” wrote Deepika Padukone. She shared pictures from the film’s set, one of them features the actress with Siddhant on a beach. The other shot is a candid one with Ananya Panday.

Sharing the pictures, Deepika Padukone wrote: “Yes…It has been a bit of a wait but as the saying goes… Sometimes, the longer you wait for something, the more you appreciate it when it finally arrives! Hopefully, the same holds true here. I took the opportunity to be a part of something that I believe was truly magical. And with love in my heart and utmost gratitude, I cannot wait to share our labour of love with all of you.”

Siddhant Chaturvedi also shared the pictures and he wrote in his caption: “Beh ke door kanhi kinare pe miley, bikharey sipiyon se hum dono… Na usne kuch kaha, Na maine kuch kaha, bas baithe rahe, aankhon mein moti bhare – hum dono.” Ananya Panday’s journey of filming the project, summed up: “The experience of this film, the people, all the feelings, every moment – has been nothing short of magic grateful to be part of it.”

The filming of Shakun Batra’s untitled film, starring Deepika Padukone, Ananya Panday, Siddhant Chaturvedi, began in 2020. Last year, the stars were frequently spotted traveling to and from Alibaug for the film’s shoot – they were also in Goa for the film’s shooting schedule.