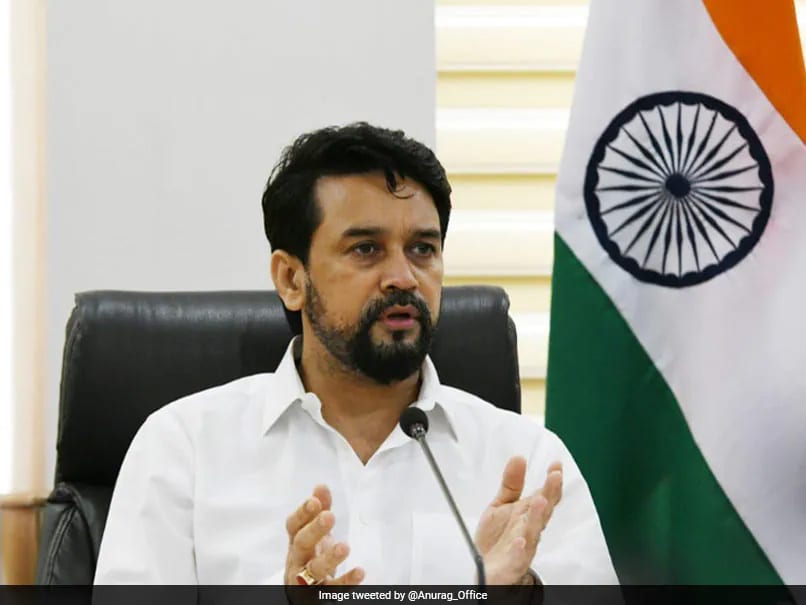 Elections for 403 assembly constituencies in Uttar Pradesh are due early next year. (File)

Union Minister Anurag Thakur on Saturday said that those who were questioning the need of Ram Temple are now visiting Ayodhya and offering prayers there.

While speaking to ANI in Ayodhya, Minister of Information and Broadcasting and Youth Affairs and Sports, Anurag Thakur, said, “We have fulfilled the promise to people of building the Ram Mandir. There were some people who were questioning the need for the Ram Temple. Now, they are visiting Ayodhya and offering prayers here.”

Praising the Uttar Pradesh government, he said, “Chief Minister Yogi Adityanath has cleaned up the government. The state government is corruption-free. The Chief Minister has ended ‘Goonda Raj‘ in the state. I am sure that Bharatiya Janata Party (BJP) will win the upcoming assembly elections.”

Elections for 403 assembly constituencies in Uttar Pradesh are due early next year.

In the 2017 Assembly elections, the BJP won 312 Assembly seats. The party secured a 39.67 per cent vote share in the elections for 403-member Assembly. Samajwadi Party (SP) bagged 47 seats, BSP won 19 while Congress could manage to win only seven seats.