Recommended: Check your MBBS/BDS Admission Chances in All India & State level as per your NEET Rank & Category. Click Here

Originally scheduled for August 1, the entrance exam was postponed due to the second wave of COVID-19. The exam finally took place on September 12.

NEET is a pen-and-paper test. Candidates record their responses on OMR sheets. Before announcing the result, the NTA released candidates’ recorded responses, OMR sheets and the provisional answer key.

NEET 2021 has been marred with controversy. The Bombay HC had ordered re-exam for two students who alleged they had been given wrong question papers and answer sheets. The top court, however, said results of around 16 lakh candidates cannot be put on hold for two candidates.

Earlier, police in Rajasthan and Uttar Pradesh arrested groups who allegedly enlisted the support of exam staff and helped candidates solve questions. Some medical aspirants had moved the Supreme Court of India on the ground that the examination was not conducted in a fair and transparent manner. They had asked for the exam to be nullified and held again but the top court did not entertain their plea.

Lakhs have taken the exams and it cannot be cancelled on the basis of some FIRs, the Supreme Court had said.

The Kerala High Court has recently ordered the NTA to probe into the alleged manipulation of OMR sheet of a candidate from the state. 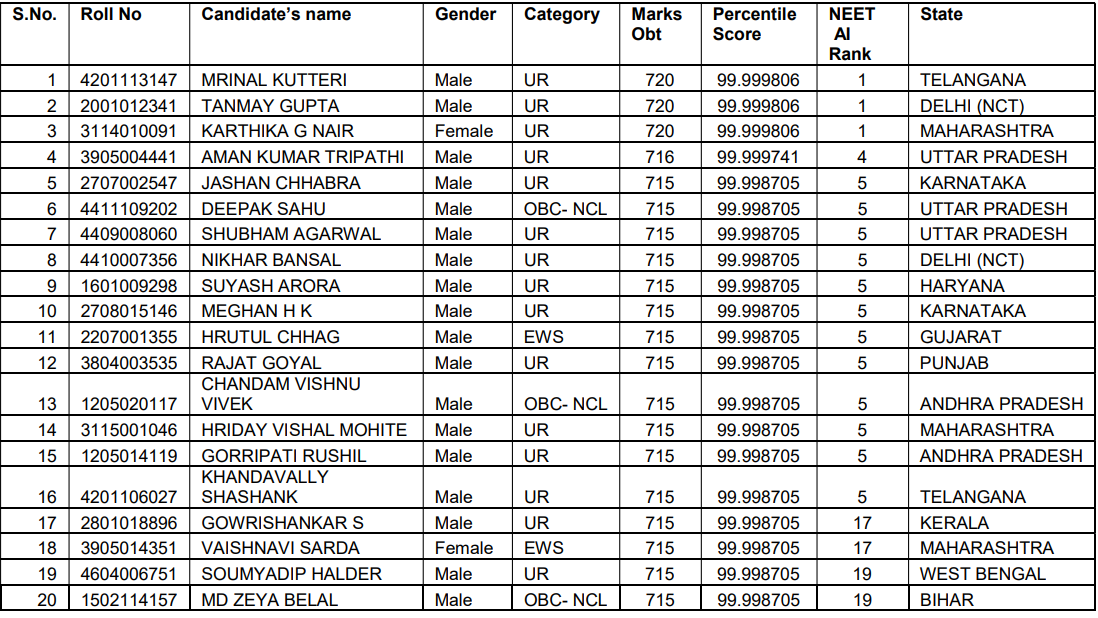