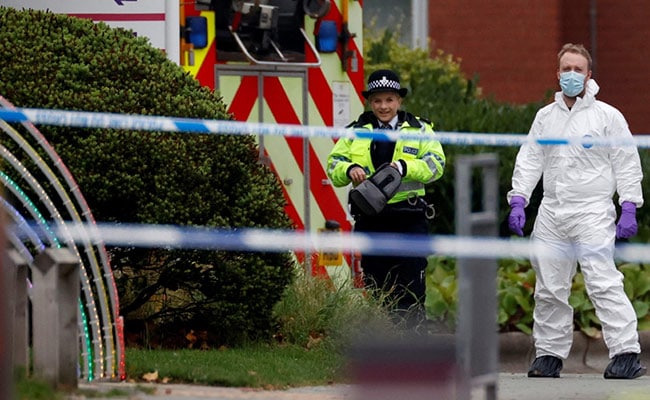 Police stand near the scene of a car blast outside Liverpool Women’s Hospital.

Police in northwest England on Monday said they were treating a deadly blast outside a hospital in Liverpool as a “terrorist incident” involving a homemade bomb.

Russ Jackson, in charge of counter-terrorism policing in the region, said the motivation for Sunday’s blast in a taxi was unclear but the device was “built by the passenger” who died.